CLEVELAND – With the status of Browns QB Josh McCown very much in doubt for Sunday, the team has moved quickly to pickup a quarterback. 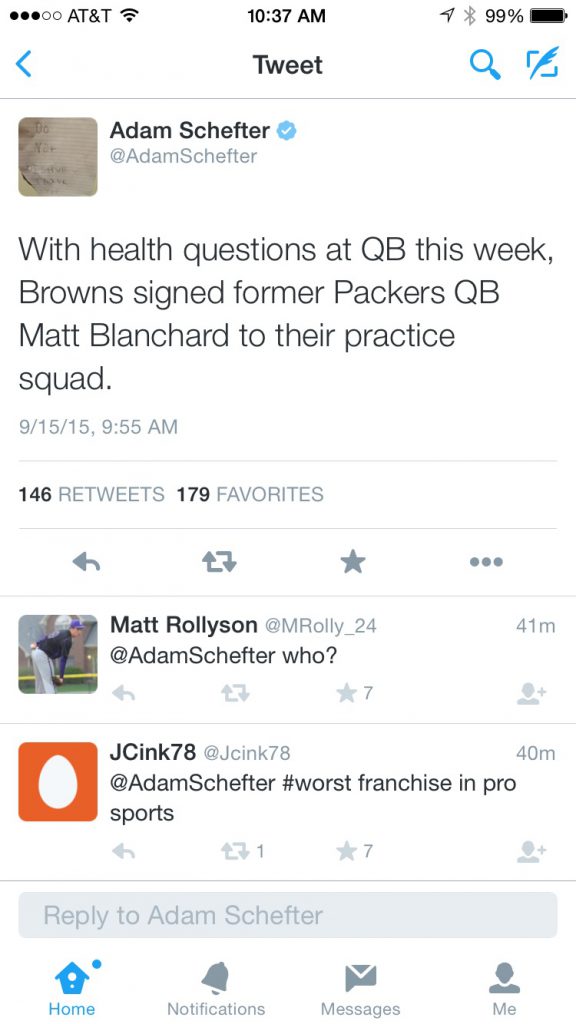 Blanchard played his college ball at Wisconsin-Whitewater, and had been a part of a couple of preseasons with the Packers, Bears and Panthers.

If McCown is unavailable, Johnny Manziel would start and Austin Davis, who was inactive last week, would be the backup.

The QB Quandary Begins in Berea As Browns Look Ahead to Titans
Video: NFL Video’s Johnny Manziel Highlights From Week 1 – Including Turnovers