Williams Says Browns Will Win The Super Bowl: But Can They? 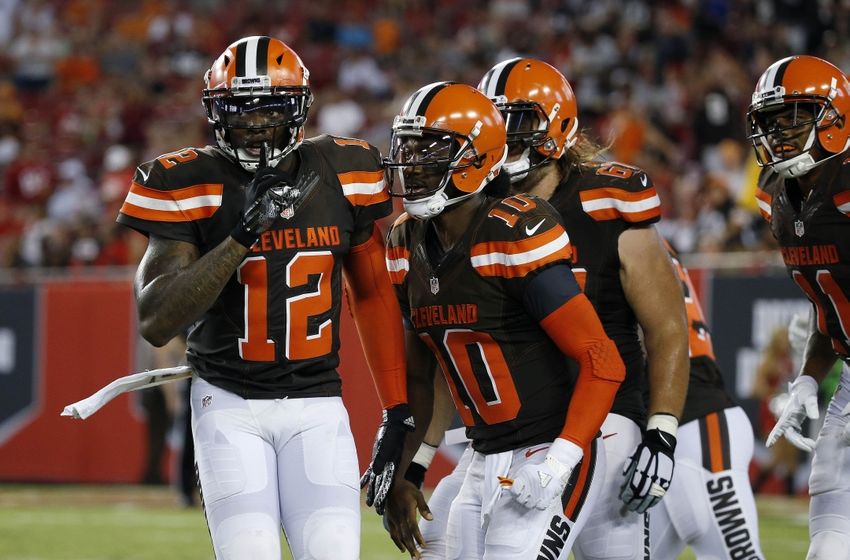 The NFL draft is often greeted with teams hoping and praying that this is the turning point that their team has been waiting for; however, it very rarely works out that smoothly, and draft picks are prone to disappoint. But the words of Greddy Williams will be ringing in the ears of Browns fans this morning.

One thing is for sure, the latest member of the Browns roster isn’t short on confidence. Just minutes after becoming the franchise’s first draft pick on Friday, he claimed: “I know one thing- the Browns are going to the Super Bowl this year.” It’s a bit statement, but does it hold substance?

If there is one thing in which John Dorsey excels; it is finding talent that is capable of taking a team to the Super Bowl. The most notable example of this would have been during his role at the Green Bay Packers, where he helped build a squad through his role as Director of College Scouting. He was credited with the honour of assisting the Packers to become one of the best NFL teams during drafts and helped them find players such as Aaron Rodgers, Greg Jennings, and Clay Matthews. This put the team en route to the Super Bowl, and they achieved their goal in 2011 where he won a Super Bowl ring.

He has now had a full season at the helm and two drafts to build his roster the way he wants it. They now have a capable squad, but performances must be matched by how good they look on paper. Tipsters are expecting big seasons from the LA Rams and Kansas City Chiefs, and the Browns will need to start the regular season well to change that.

The Browns entered the 2019 draft with a clear target; improve the defensive areas. And while there was no first round pick, they have been able to address that issue; especially by bringing in a linebacker and a cornerback. Five of the six draft picks were defensive players; with four of those being either a cornerback or linebacker.

Browns fans weren’t too concerned there wasn’t a first-round draft pick due to the signing of Odell Beckham Jr. The acquisition of Greedy Williams was the biggest move that was made on day two, and if his potential can be reached, then there is every chance his prediction could come true. He will likely start alongside fellow draft pick Denzel Ward. Meanwhile, Sione Takitaki will probably take the vacant spot left by Jamie Collins, and there was astute work done in getting the deals for Sheldrick Redwine and Mack Wilson done. The draft has been very good for the Browns, and this should be a playoff team for the first time since 2002.

The announcement in March that OBJ would be joining the Browns was welcomed by fans and a clear indication that history could be on the horizon. Ever since his debut in the NFL he has been one of the standout players. Make no mistake about it; the Browns have acquired a star.

He won the rookie of the year accolade in his first season at the New York Giants, and since then he has gone on to break even more records. In 2016 he became the fastest player to reach the landmark of 200 interceptions, while he also recorded 100-receptions for the first time in the same season as the Giants reached the playoffs. Although they ultimately fell short in terms of Super Bowl success, he has been named in the Pro Bowl in each of his first three seasons, while he was named in the second team All-Pro on two occasions. The difference that he will make in this Browns team is undeniable.