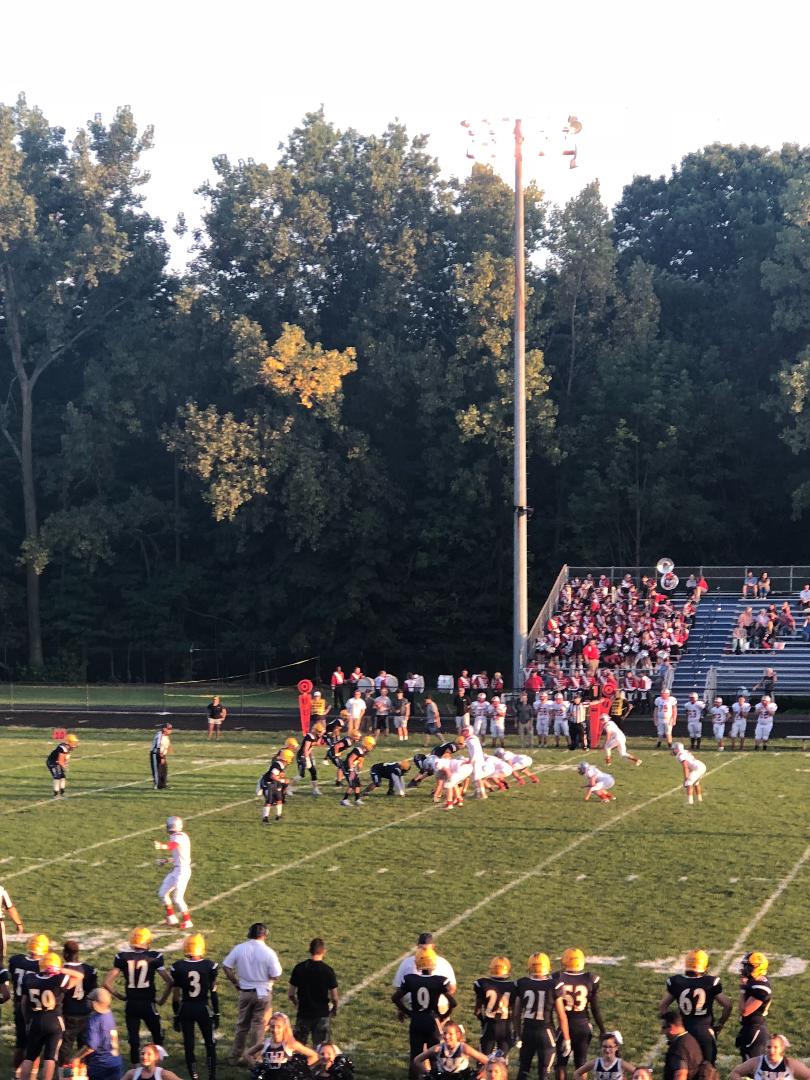 WICKLIFFE, OHIO – The Wickliffe Blue Devils score two touchdowns in the last two minutes of the game against the Fairview Warriors courtesy of running back Isaac Pettway to win 28-24 in a non-conference affair Friday night.

As the game started, it appeared it could turn into a shootout as both teams’ offensive lines dominated at the point of attack.

Wickliffe got the scoring started early as Pettway, a senior for Wickliffe, was able to break through a hole up the middle, break to the outside, and stiff arm his way into the end zone for a 45-yard touchdown just three minutes into the game.

Not to be out done, the Warriors from Fairview were also able to get their rushing attack going on their first drive which culminated with a 23-yard jaunt to the left pylon from backup junior running back Marty Rehor less than three minutes later.

Wickliffe would close out the scoring in the first quarter as senior quarterback Brad Dieterich, connected through the air with sophomore running back Chase Fortkamp for a 30-yard strike to take the lead 14-7.

However, the second quarter would belong to the Warriors who would score 17 unanswered points behind two short yardage quarterback sneaks for touchdowns from sophomore starter Declan Jewitt and a field goal right at the buzzer from senior place kicker Adam Nemeth.

After losing 42-17 to Wickliffe last year, it seemed Fairview came into the game with the mindset of gaining retribution this season, especially after being able to score on all four of their possessions in the first half.

Fairview would hold the 24-14 lead all the way up until four minutes were left in the game led by stout defensive play to stymie Wickliffe’s rushing attack, as well as a clock controlling rushing approach of their own led by senior running back Jack Provenza.

Provenza was even able to hit the 1oo yard mark in the first half thanks in large part to the hard work done in the trenches by the offensive line.

Despite this strong effort from the Warriors, there was just no quit along the Blue Devil sideline.

Pettway would strike two more times in the final minutes including his game winning 1 yard plunge with 12 seconds left on the clock to secure the second victory in as many tries for Wickliffe.

There is no doubt that the “player of the game” honor goes to Wickliffe’s Isaac Pettway. After breaking the school’s rushing record last week in a 21-6 victory over Collinwood, Pettway does not appear to be one to just rest on his accomplishments to this point. Pettway would finish the night with 166 rushing yards and 3 touchdowns to help lift the Blue Devils to their second win on the year.