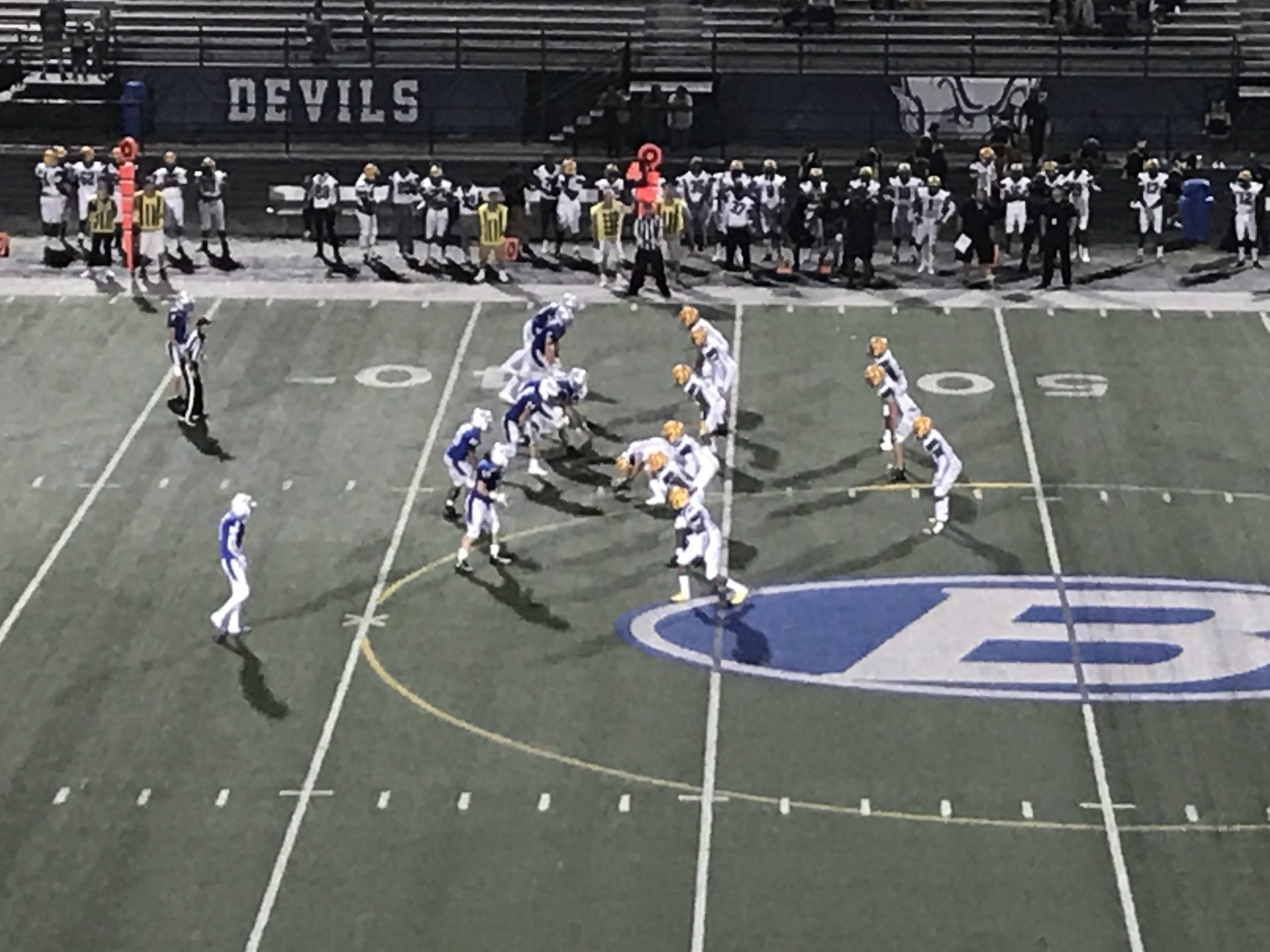 **My weekly football coverage is sponsored by MDG Flooring America in Medina. Click on the link HERE to browse their site and download their coupon for either $100 off your purchase or 12 months special financing. Whether you need carpet or you need tile, they go the extra mile.**

BRUNSWICK, OHIO– Coming into tonight’s game at Brunswick Auto Mart Stadium, Brunswick held  6-1 series lead against the Cleveland Heights Tigers, including getting a win in their last battle in 2005, 26-7. The Tigers (1-1) were able to get their second win in the series with a 13-0 shutout win against the home team Blue Devils (0-2).

Brunswick’s offense sputtered last week in their opening week loss against Highland, unfortunately for the Brunswick offense, tonight was no different, and not even a quarterback change helped the almost non-existent offense.

Cleveland Heights scored on touchdown runs by QB Josh Harris and RB Justin Wodtly, and was helped immensely by three Brunswick turnovers, all of which were after Brunswick had decent drives going.

As you can tell by the final score, this game was sloppily played by both teams,and due to many penalties on both teams, there was more laundry on the field than on the floor of a normal teenager’s room.

Between the penalties, turnovers, and the sloppy play, Brunswick head coach Mark Pinzone was left scratching his head while knowing his team was supposed to be better than last season. Thankfully there are a lot more games left in the 2018 season to turn this season around.

Next for Brunswick, they travel to Parma to take on the Valley Forge Patriots at Byers Field, and Cleveland Heights will travel to Toledo to play St. Francis de Sales.