Why Can The Cleveland Browns Take Shape As AFC’s Best This NFL Season? 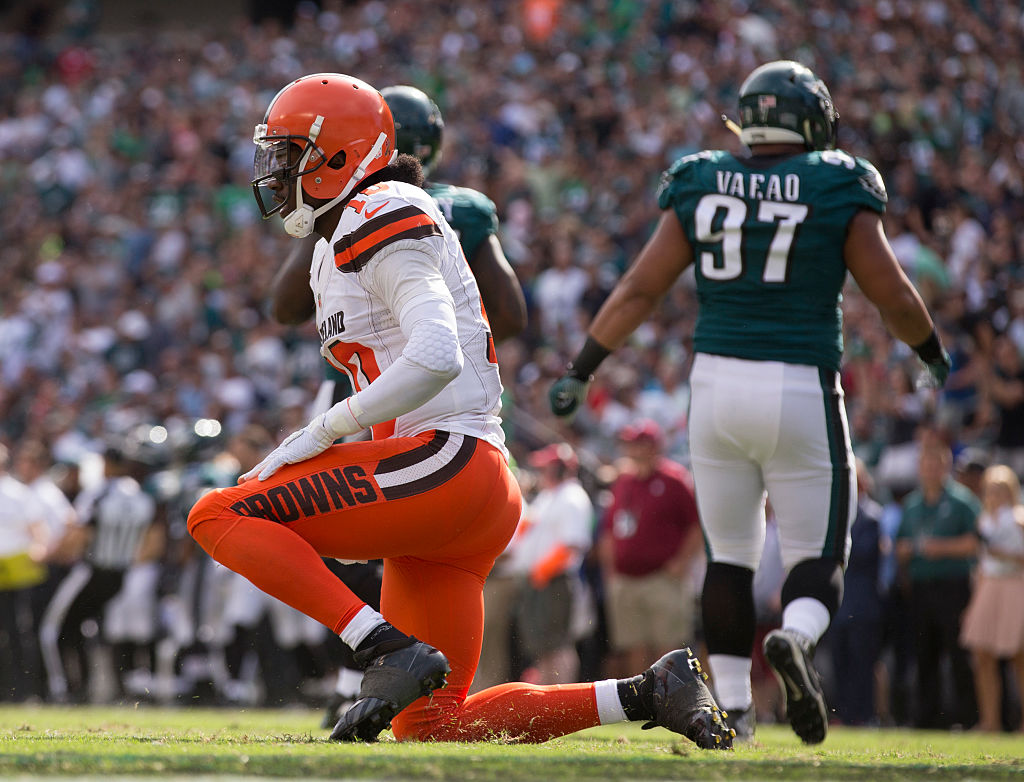 We’re seeing a number of sporting events finally returning after COVID brought everything to a screeching halt, and the NFL is about to join them. On September 10, 2020, the AFC’s Chiefs will have off against the Texans during the opening of the NFL regular season, which will take place at Arrowhead Stadium.

Every year, the NFL has 32 teams facing off against one another. Arguably, there are big favorites that the fans are looking forward to seeing. But, in most NFL cases, there is always room for the dogs which can surprisingly upset the favorites like what the Titans did to the Pats last season.

One of the dogs that may be experience a big turnaround this season is the Cleveland Browns. They represent the AFC North, where they got a last league playoff appearance in 2002. However, the Browns are not making any mistakes this year and are more likely to start a better season. How can the Browns end their long drought in the NFL stage? Here’s how.

Nick Chubb Is A Real Deal

Last season, the Cleveland Brown defense was not going well, leading them to lose some of their Divisional Playoff games. But, the emergence of Nick Chubb as their starting running back had punished a lot of big players from the AFC. Looking into his current odds in some NFL betting website, he is one of the toughest running backs in the NFL today.

Despite many struggles that the Browns had to overcome last year, they were able to tally around 298 carries within 1, 494 rushing yards. Looking into the bigger picture of a perfect football team, Nick Chubbs might not be the Top 1 running back player, but in some circumstances where the Browns need to hustle, he’s the man to count on.

The Team has Oozing Young Talents

One of the weapons that a football needs to have to win their games is to stop the opponent from throwing every football. Having an excellent pass rush is part of this, but accompanying solid defensive ends and other key positions make the Team more solid. Although the Browns do not have many veteran players, their young talents have a lot more to offer.

Some of these players are Denzel Ward, who fills-in the cornerback position. He can give his opponents a hard time to throw the football at any angle. Also, Greedy Williams is a rookie player that other teams must not undervalue. He has the speed, build, and confidence, which was one reason why his former college team, LSU, reached the finals.

The edge rusher plays a critical role in the Team’s defense. In the upcoming NFL season, the Browns expect Myles Garrett to step as he used to be in the past season. He’s going to work with the Team’s other key players to develop the right strategies to stop their opponents from pushing a goal.

Garrett set a record of 10 sacks per game in all his ten appearances in the last season. This alone can convince other teams that he is one of the top edge rushers they should consider. Garrett’s movement variations, speed, build, and unique pass-rushing moves should more likely give all the teams a time to work harder in the field.

The receiving department is going to be Brown’s greatest strength in the upcoming NFL season. When you look at the whole roster, you’ll see plenty of players to get excited about. These talents can come out in the field, catching every football precisely for the Team to rush a worthy goal.

Some of Brown’s top receivers in the current line-up include Odell Beckham Jr. He is the most productive wide receiver, which can work effortlessly with other talents. Aside from him, Jarvis Landry is also a man that the Team can trust. Lastly, Hooper, who was previously playing for the Falcons, is expected to contribute a lot for the Browns this season.

Like other  NFL teams, the Browns employ a top-performing quarterback to lead the group in all their games. Baker Mayfield is filling-up that position for the Browns who stepped up big last year. Though the Team failed to win in the Divisional Playoffs, they are heading to a better placement this year if Mayfield shows an impressive performance.

The Cleveland Brown has plenty of jobs to do to secure a playoff slot in the Divisional round. Primarily that they represent the AFC where most teams are tough, the Team should create a more solid game plan to pass every obstacle that may come along their way.  Hence, if the Team’s young talents, leading players, and the defensive room will get boosted, the Browns’ long drought might end this season.