Why 2018 is a make-or-break year for Corey Coleman 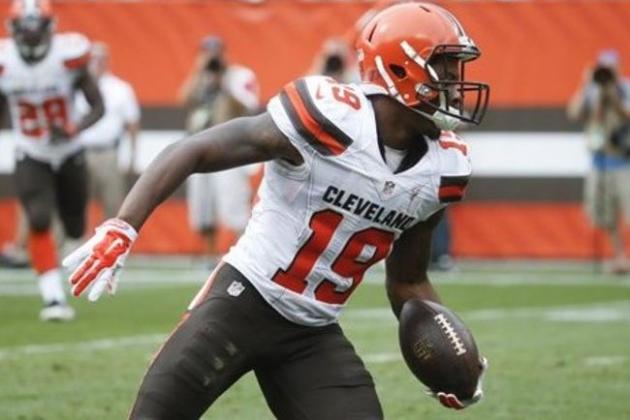 BEREA, Ohio– The first day of training camp has concluded for the Cleveland Browns and third year receiver, Corey Coleman was available to the media afterwards.

Coleman has been and will continue to be a hot debate topic going into the season. The news of Josh Gordon missing the start of camp, with no time of return and the season ending neck injury of Ricardo Lewis leaves a hole in the Browns receiving corps. Therefore, it’s only natural to look towards the former first round pick to step-up.

Coleman was drafted 15th overall by the Browns in the 2016 NFL Draft, but hasn’t lived up to expectations. In his two years in the NFL, Coleman has only been available for 19 of a total 32 games. There’s a famous saying that the best ability is availability and Coleman hasn’t been available. The receiver has shown glimpses of potentially being a difference maker, but injuries have kept him sidelined. In the 19 games Coleman has been in uniform he has accumulated a total of 56 receptions, 718 yards and five touchdowns, but the third year pro seemed optimistic when speaking to reporters after day one of camp.

“I feel a lot better,” Coleman said. “I had a great summer. I put in a lot of work. I am super confident. I am just still working hard.”

“Going into my third year, it is time to take a big step. I feel like it is important.”

But when asked if this season is a make-or-break one for him, Coleman said he was just focusing right now on his day to day work.

“I would not take it that far, but it is a big year for me,” he said. “Coach Todd Haley, we talked about what he expects from me, and I will come out here and I am going to practice hard each and every day. I wouldn’t take it as far as you are taking it.”

Whether Coleman wants to admit it or not, this is a make-or-break season for the receiver. The Browns organization and fans have high expectations of him, but he must first prove he can stay injury free because the best ability is indeed availability.