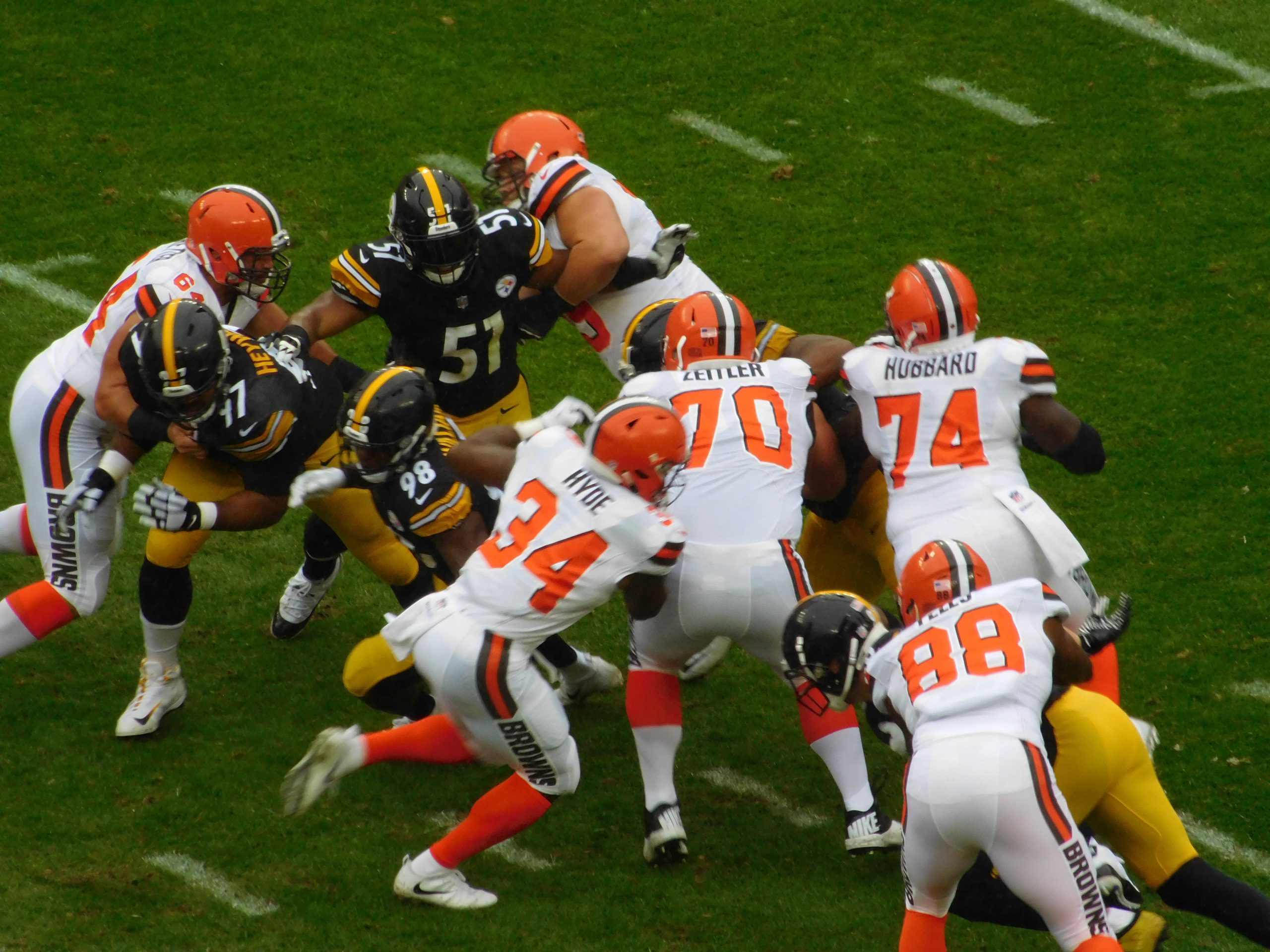 OAKLAND, CALIF. – The Browns 45-42, overtime loss to the Raiders wasn’t without controversy.

Leading 42-34 with just over a minute and a half remaining in regulation, the Browns were a mere first down away from finishing off their second win of the season. Facing third-and-two from their own 17, Carlos Hyde took a handoff up the middle battled through some initial contact and fell on his backside with the ball right at the first-down marker. Initially, that’s how the officials deemed Hyde’s effort as well. Then, needing clear video evidence to reverse the call, the play went to review and it was overturned.

And so the Browns punted, the Raiders score a touchdown, tied the game and ultimately went on to win in OT. The untimely reversal left Browns players perplexed afterward.

“It had to be a heck of a review to turn that over on that third-down and short,” rookie quarterback Baker Mayfield said after the tough loss. “I thought he got it, I got a bias opinion though. I want him to get it so, I don’t know. That’s not the only play that put them in position to win though.”

Hyde himself echoed those sentiments. “They called a first down. I don’t know what the hell they saw,” the veteran running back said.

What the officials explained to Hyde was that his forearm was apparently down before the ball was extended across the first down marker. The video, however, seemed to suggest otherwise or at the very least provided inconclusive video evidence, meaning the call on the field should have stood.

The reversal even left the NFL’s former VP of officiating Dean Blandino stunned during the broadcast on FOX.

“I think we’re all looking at this here in the studio and we’re shocked that they overturned it,” Blandino said during the game. “Again, you don’t have a big line (on the review), it’s tough to tell exactly where the ball is. I wouldn’t have overturned that one.”

Browns wide receiver Jarvis Landry was similarly dumbfounded by the call being reversed.

“I was right there,” Landry said. “Spot came in past the first down and they just moved it back.”

Less argumentative about the call though was head coach Hue Jackson – likely in an effort to avoid being fined by the league.

“We felt we did [get the first down],” Jackson explained. “But they called the elbow down and I think when our guys saw it upstairs that’s what we felt too.”

That wasn’t the reaction shared across the majority of the Browns locker room though as numerous players expressed displeasure over the call. Still, there was also a general agreement that the loss was the result of more than just that single play.

“Anytime you put it in somebody else’s hands it’s not always gonna turn out your way,” Mayfield stated. “We gotta control what we can control and execute better.”

“Listen, it’s an awful call,” he said. “But, at the end of the day, we can blame the refs, we can blame so many things why it didn’t work out, but that was a tough one.”

Broken wrist could sideline Browns CB Terrance MItchell for the remainder of the season
The Day After Takeaways: Browns Coach Hue Jackson Gives His Thoughts on the Loss in Oakland