What the Coaching Change Means for the Cavaliers 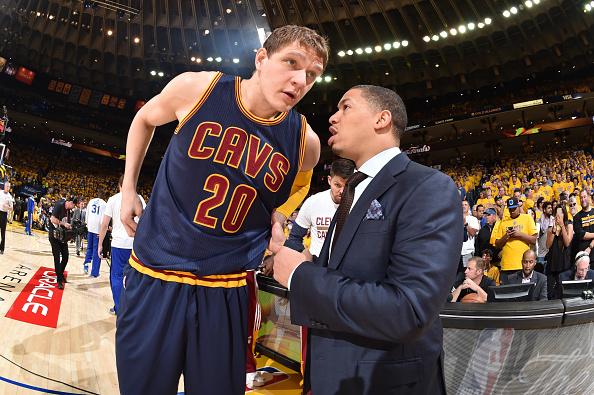 Let’s take a quick look at some of the things the change means for Cleveland:

1.) Blatt Was a Dead Man Walking

Let’s state the obvious. Blatt was as good as gone sooner or later. When he took the job he was coming into a Kyrie led team that finished among the worst in the NBA for four straight seasons. When LeBron came back, he came to win in Cleveland, not to win for Blatt. He was never his guy and the two had no previous history. They never seemed to click during their time either and in the world of the Cavs it’s whatever LeBron wants. It was just a matter of time before he was fired.

2.) The Timing Confirms That

The timing was the first thing that surprised me when I saw the move. Why fire a guy coming off back to back wins over Brooklyn and the Clippers and a day before playing Chicago, one of the top teams in the East on national television? I thought if they were going to make a move they would have made it after the pathetic performance against Golden State or maybe after a loss to Chicago or San Antonio coming up and saying he hasn’t been able to get it done against the top competition. It’s also hard when you are the top team in the East. It’s not like they are having a year where they are failing to meet all expectations and you let him go for that. Yes the team has struggled but the firing indicates there’s more to it.

David Blatt Releases Statement Following His Firing by the Cavs
“Frankly, Pretty Good is Not What We’re Here For.” David Griffin Speaks on Firing of David Blatt