What Can Stop the Surging Cavs? More Than You Think 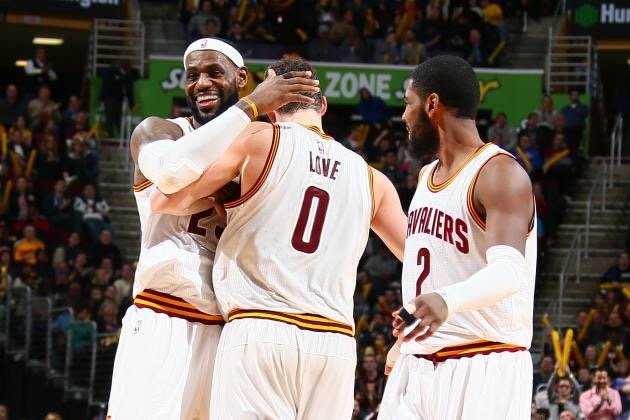 The rolling Cleveland Cavaliers (28-10) concluded a 6 game road trip and, in typical Cavalier fashion, they put on some shows.

Two games against eastern conference opponents went as expected as the Cavs won without hesitation although the Philadelphia 76ers put up a better fight than anyone would have guessed. The real test came in the back end of the trip.

They call it “The Texas Triangle” and it was considered to be the second biggest test for the Cavs this season next to the Christmas Day Golden State Warriors game.

Dallas (23-18) was a hard fought game that had to go to overtime to get the win.

Houston (21-20) looked deflated and, in my opinion, uninterested in the game. They only scored 77 points and I’m not sure if you can say the Cavs defense was that good or Houston was just off.

The most anticipated game of the road trip was Thursday when they traveled to San Antonio (35-6) to play the Spurs who are still undefeated at home.

The Cavs led almost the entire game until the 4th quarter when the Spurs went on a run where the Cavs were on the wrong side of a 13-2 run and ultimately falling short.

Although we saw mostly positives out of LeBron, Kyrie and the rest of the Cavs squad, there are still things that the team needs to work on and avoid before they start talking championship.

I want to start out saying that I love this team as much as any other Cleveland team but I personally believe that LeBron and company will not be holding the Larry O’Brien trophy at the end of the season.

I keep seeing things in their game that were a problem since James’ first stint here in Cleveland and developing problems since the creation of the Big Three.

Isolation basketball has got to go. It has got to go as soon as possible. You can tell when James is frustrated because when he goes into iso formation (where everyone just stands there and LeBron sits at the top of the key dribbling) he will bounce the ball so hard against the court, the ball will bounce up to his chest.

He will feel the need to take over the game and be the hero. His ego grows the bigger the point differential the team has.

Dribbling in general is a habit they need to work on. Yes, I know dribbling the ball is part of the game. Dribbling too much won’t confuse the defense at all and nor will it help your offense.

I feel as though that passing helps the offense stay in sync and has the better chance to find the open shot because the defense will get congested and confused and will eventually lead to the open man for the best shot.

Kevin Love: To you, I preach CONSISTENCY. It’s a bit nerve wracking to know that you can come out for a game and put up a triple double, or have a stat line of 8-8-7.

Those are bench player stats and we actually have Tristian Thompson almost getting a double double off the bench. I see a majority of fans trying to vote you into the NBA All Star Game yet I feel like Matt Dellvedova should earn that spot over you. Consistency is the key.

The big thing that led to our shortcomings of last year is something we have to pray doesn’t take a toll on us this season is injuries. The Big Three is finally back and almost fully healthy.

Kyrie looks like his old self with possibly bringing his defensive game up. Iman Shumpert is a giant boost to the defense and we still don’t know where Timofey Mozgov is in his recovery because he doesn’t seem like himself and if the rumors are true, he may be traded before the deadline.

Let’s hope I’m singing a different tune by the time June gets here. It’s coming quicker than you think.

Cavs Finish Road Trip Strong, Cruise to 91-77 Victory in Houston
Cavaliers Brace for Round 2 Tonight at the Q Against Golden State