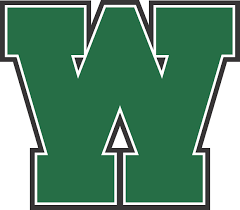 While the Demons had a dramatic come from behind win Friday night, it was Coleman who used that same determination and will to win to come from behind late and secure the Week Six Jenny’s Old Fashioned Popcorn Player of the week.

Coleman, in the closest vote in NEOSI history, came from behind in the closing minutes to defeat runner up Brett Payne of Eastlake North.  The margin of victory was extremely thin as both players are very deserving of this award.  Third place runner up Luke Fedders of Avon Lake, wasn’t far behind either one of them.

Coleman ran for 203 yards and 3 touchdowns in the huge Demons win.  He has been a key cog in this offense this season which continues to improve each week.  Westlake will look to keep feeding Coleman the ball this weekend as they go after their second straight victory when they travel to Avon and take on another set of Eagles.

Once again, this award, as it is every week, was sponsored by Jenny’s Old Fashioned Popcorn.  You can visit them here. https://www.jennyspopcorn.com/

If you want your company to sponsor their own column with NEOSI, contact Vince McKee at coachvin14@yahoo.com