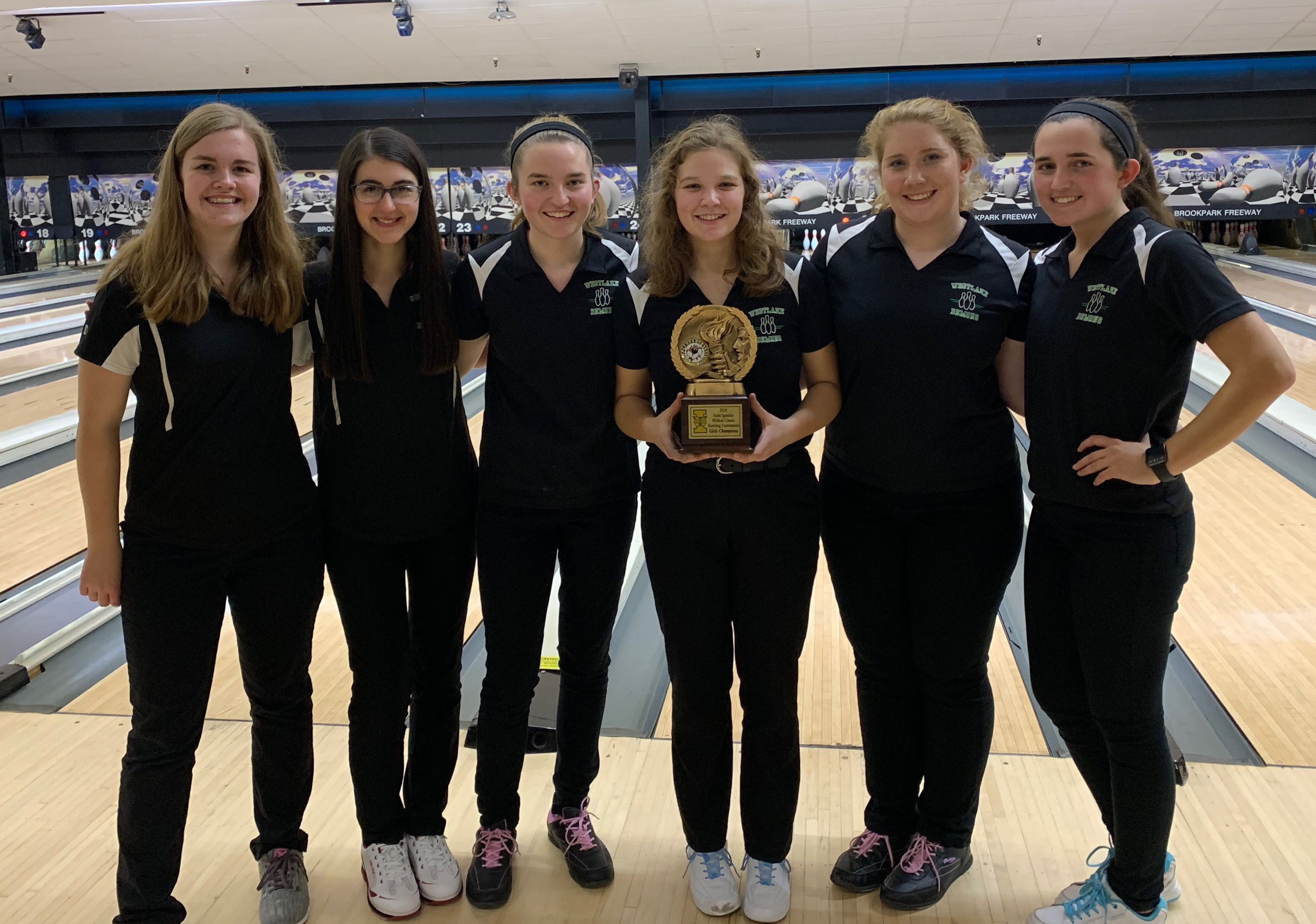 The WHS Girls Bowling team won 1st place in their first tournament of the year – The Wildcat Classic held at Rollhouse Parma.

The Demons finished 1st in the tournament qualifier round with a total score of 3235 (new school record), beat Notre Dame Cathedral Latin 2-0 in the first Baker game roll-off, and came from 1 game down to beat a strong team from Kenton 3-1 in the Championship match.

The team is looking forward to repeating this strong showing at the Eagle Challenge tournament next week.