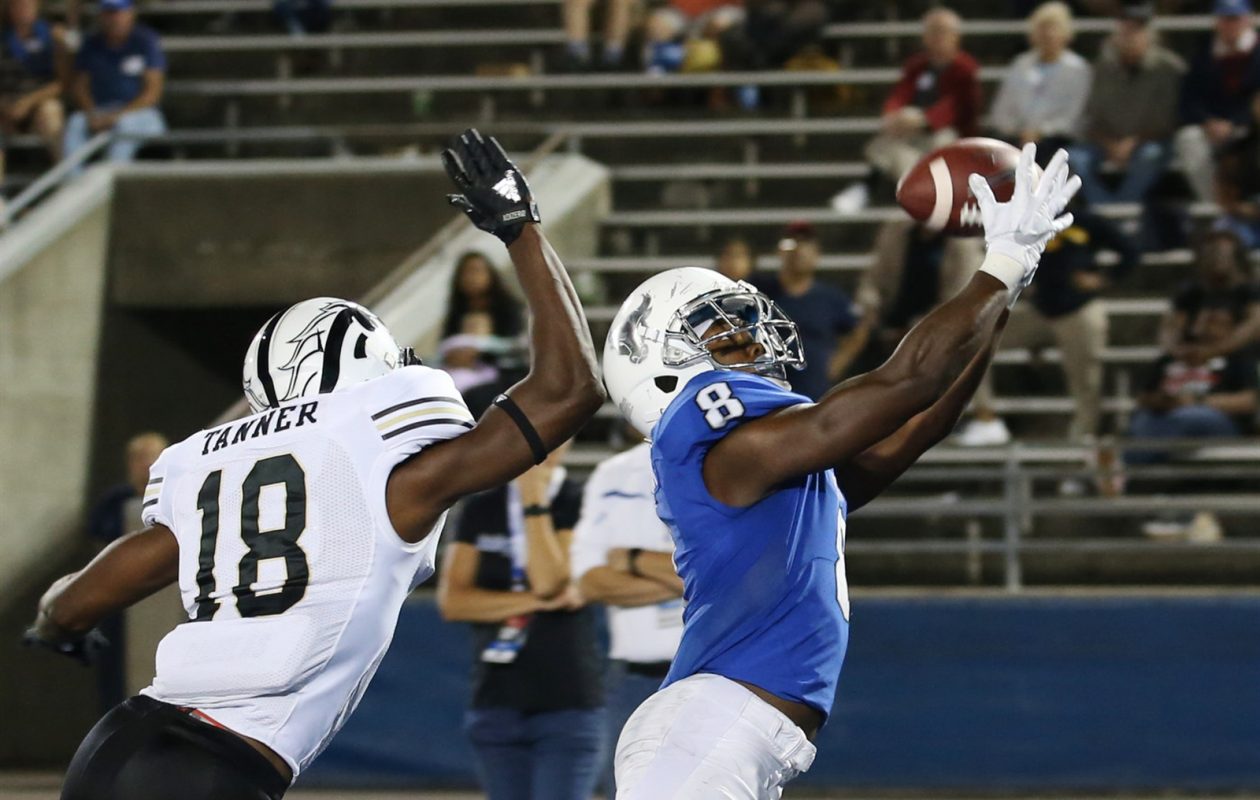 This week’s news and notes, along with MAC schedule is brought to you courtesy of the MAC communications department.
This Week’s MAC Schedule

• Buffalo improved to 4-0 for the first time since 1981 with its 42-13 win at Rutgers. With the victory, Buffalo received six votes in the Associated Press Top 25 weekly poll.

• Last week MAC program’s went 4-6 in 10 non-conference contests. The MAC picked up its third win in consecutive weeks over a Big Ten opponent with Buffalo’s 42-13 win at Rutgers.

• Western Michigan won a 34-15 road contest at Georgia State and featured two running backs with over 100 yards each for the first time since last year at Buffalo (Oct. 7, 2017). Senior Jamauri Bogan rushed for 126 yards and LeVante Bellamy added 121 yards as the Broncos rolled to 528 yards of total offense in the victory.

Buffalo jumped out to a 35-6 lead in the first half and rolled to a 42-13 victory at Rutgers HighPoint.com Stadium on Sept. 22. For Buffalo this marked the program’s first-ever win against a team from the Big Ten Conference. With the win Buffalo improved to 4-0 on the season for the first time since 1981.

Buffalo junior quarterback Tyree Jackson threw for 263 yards and three touchdowns.  Four of the Bulls six touchdowns were scored by either a redshirt freshman or freshman as the Buffalo program continues to build depth.  Buffalo freshman running back Jaret Patterson led with 14 carries for 104 yards and two touchdowns, while redshirt freshman Kevin Marks rushed for 63 yards on 12 carries and one score. Redshirt freshman wide receiver Charlie Jones added a 53-yard touchdown catch.  Buffalo will host Army this Saturday, Sept. 29 at UB Stadium at Noon ET on CBS Sports Network.

Toledo junior quarterback Mitchell Guadagni accounted for six touchdowns on 15-24 passing for 211 yards and four touchdowns and rushed for 131 yards and two other scores. His 131 yards were a career high and he became the first Toledo quarterback to rush for 100 yards in a game since Aaron Opelt (109 yards against Colorado, Sept. 11, 2009).  Toledo’s 63 points scored marked the second time in program history that Toledo has scored at least 60 points twice in a season. Toledo’s 63 points are also the most ever against an FBS non-conference opponent.