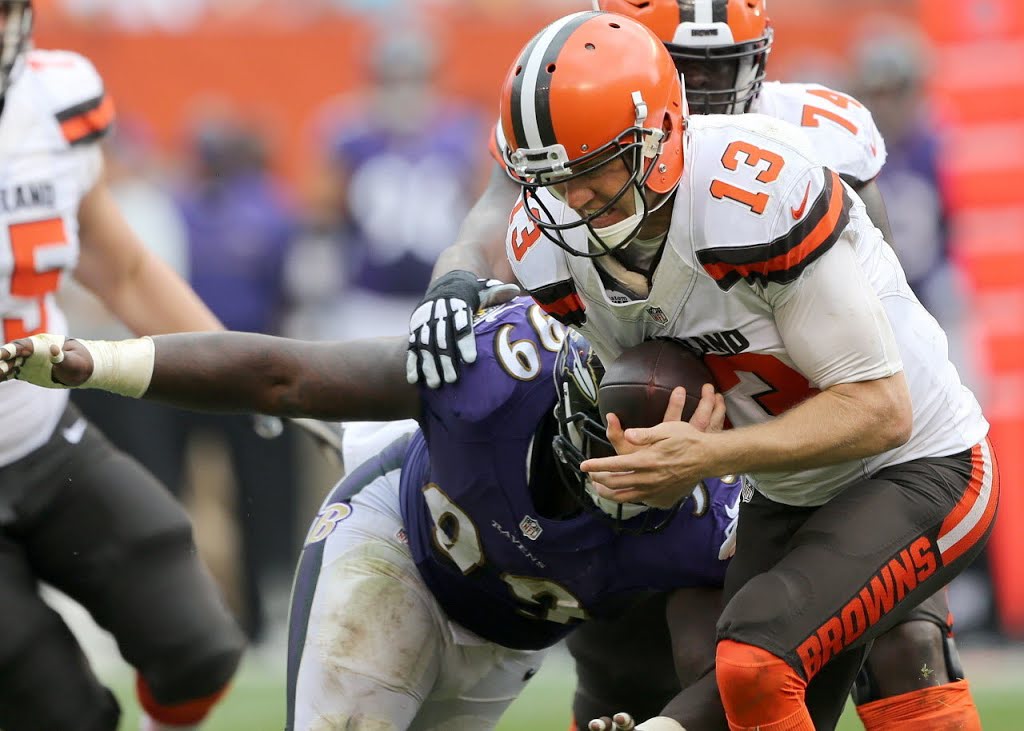 The Cleveland Browns (6-6) face off against the Baltimore Ravens (8-4) this Sunday at 1pm at home in Cleveland, and the Browns are looking for sweet revenge after losing by six to the Ravens just two weeks prior in Week 12, with Baltimore slugging it out to take home the win 16-10.

With the Browns coming off their bye week, they’ve had an extra week to prepare for this re-match. Baker Mayfield and the team’s offense has struggled over the past few weeks, but hopefully they used this downtime to get things back on track. Plus, it’s do or die time for the Browns, with this matchup essentially their last chance to keep their division title aspirations alive. So you know they’re going pull out all the stops.

Meanwhile, the Ravens are coming off of a big loss against the Steelers, where Baltimore struggled both offensively and defensively. Not only that, but Marlon Humprey is the latest name to join an IR list almost longer than the active players for the team. Seriously, how much bad luck can one team have when it comes to injured players? This team is clinging onto the top spot in the division, but that could change on a dime.

That said, Cleveland’s defense is capable of some serious disruption against opposing game plans, and many analysts believe that the Browns can take home the win this weekend and keep their division title aspirations alive:

Pro Football Network’s Ben Rolfe writes: “The Ravens are an absolute mess right now as their defense imploded against the Steelers. The health of their secondary is a major concern, and the way the Steelers’ run game got rolling late is also a concern. We saw this matchup a couple of weeks ago and it wasn’t pretty — it could be that way again. The Browns are coming off a bye and in a must-win situation. If they lose to this struggling Ravens team, their season is over for all intents and purposes. However, their offense should move the ball against a depleted defense, and their defense demonstrated it can handle Baltimore’s offense.”

Fansided’s Randy Gurzi agrees, writing: “Baker Mayfield and the Cleveland offense has been struggling mightily over the past couple of weeks, and that includes their 16-10 loss to the Ravens before the bye week. That defeat brought out a lot of negative feelings about this team but with a week to prepare, it feels like this is the game where they’re going to make a statement. Even if they can’t make it to the postseason, they can still prove that they have a lot of fight as they score a win 21-17 over the Ravens.”

But some sportsbooks say otherwise. At Betway, the Browns are -140 to win this week. Personally, I can’t see Baltimore protecting Lamar Jackson very well at all in this game, and Cleveland knows that’s their weakness. If they’re able to exploit this, you should be hearing lots of hoots and hollering from the Dawg Pound as the Browns steamroll the Ravens in a decisive victory.

How do you think this Sunday’s game will play out? Let us know in the comments section below!