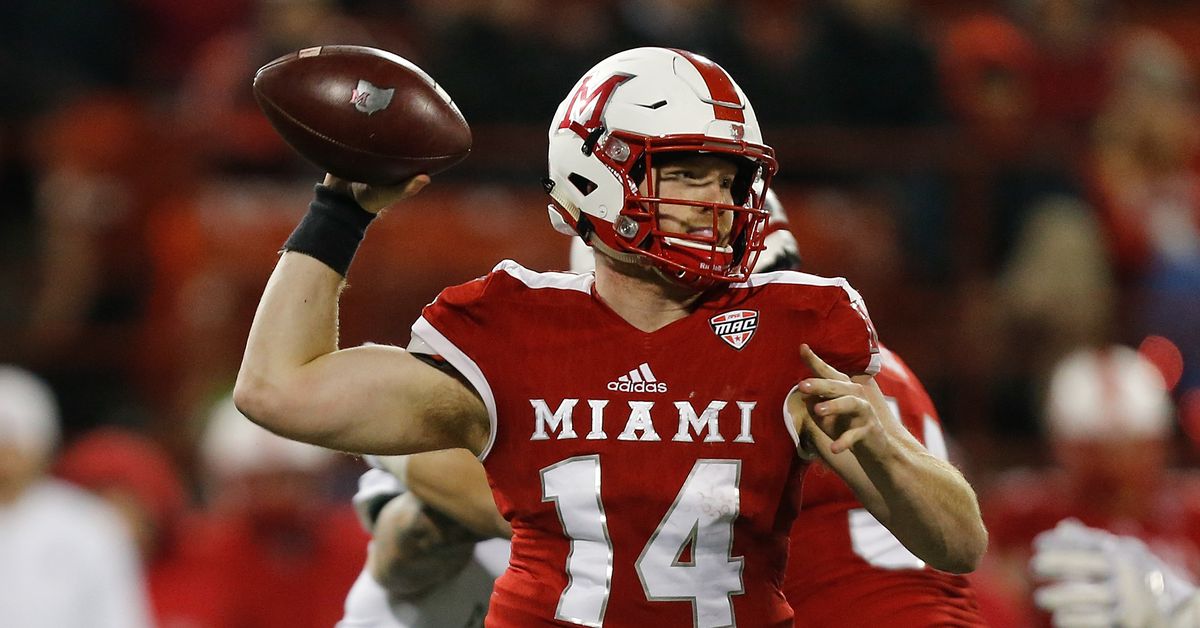 Defensive Player of the Week: Miami LB Brad Koenig
Miami senior linebacker Brad Koenig (Ann Arbor, Mich.) had 11 tackles, two tackles for loss and one sack in a 42-21 win over Ball State on Nov. 20. After allowing 21 early points, the Miami defense shutout Ball State for the final 34:45 of the game.

Special Teams Player of the Week: Ohio PR Kylan Nelson
Ohio senior punt returner Kylan Nelson (Lexington, Ky.) returned a punt 37 yards for a touchdown in the first quarter in a 49-28 win over Akron on Nov. 23. Nelson’s punt return for a touchdown marked the first time a Bobcat has run a punt back for a score since Travis Carrie took one 65 yards to the house on Sept. 3, 2011, in a 44-24 win over New Mexico State.

West Division
Offensive Player of the Week: Eastern Michigan RB Ian Eriksen
Eastern Michigan senior running back Ian Eriksen (Clarkston, Mich.) carried 17 times for a season-high 118 yards and three touchdowns in a 28-20 win at Kent State on Nov. 23. Eriksen posted a one-yard touchdown in the first quarter, before adding the game-winning score in the second period.

His three rushing touchdowns are the most by an Eagle since Reginald Bell scampered for three scores against Buffalo, Oct. 11, 2014. With the win, Eastern Michigan concluded the regular season with its first five-game MAC winning streak since 1989 and clinched a bowl berth for the second time in the past three seasons.

Defensive Player of the Week: Northern Illinois DE Sutton Smith
Northern Illinois junior defensive end Sutton Smith (St. Charles, Mo.) put on a spectacular show in a 28-21 loss at Western Michigan with a career high four quarterback sacks, which tied the most by any player in the FBS this year, five tackles for loss, which tied for third highest in an FBS game this year, and seven solo tackles, capped by an 85-yard fumble return for a touchdown that tied the game at 21-21 in the third quarter. Smith’s four sacks resulted in 26 yards of loss.

His first sack came on third and two from the NIU 11-yard line after a Huskie turnover, forcing Western Michigan into a field goal try which missed. He had another sack on third down in the fourth quarter to force a punt. Smith was untouched on his fumble pickup at the 15-yard line and sprint to the end zone to tie the second longest fumble return score in NIU history as he scored on a fumble return for the third time in his NIU career, which is a school record.

With the win, Eastern Michigan wrapped up the regular season with its first five-game MAC winning streak since 1989 and clinched a bowl berth for the second time in the past three seasons. Julien currently ranks 23rd nationally in punting and second in the MAC with an average of 43.6 yards per punt.