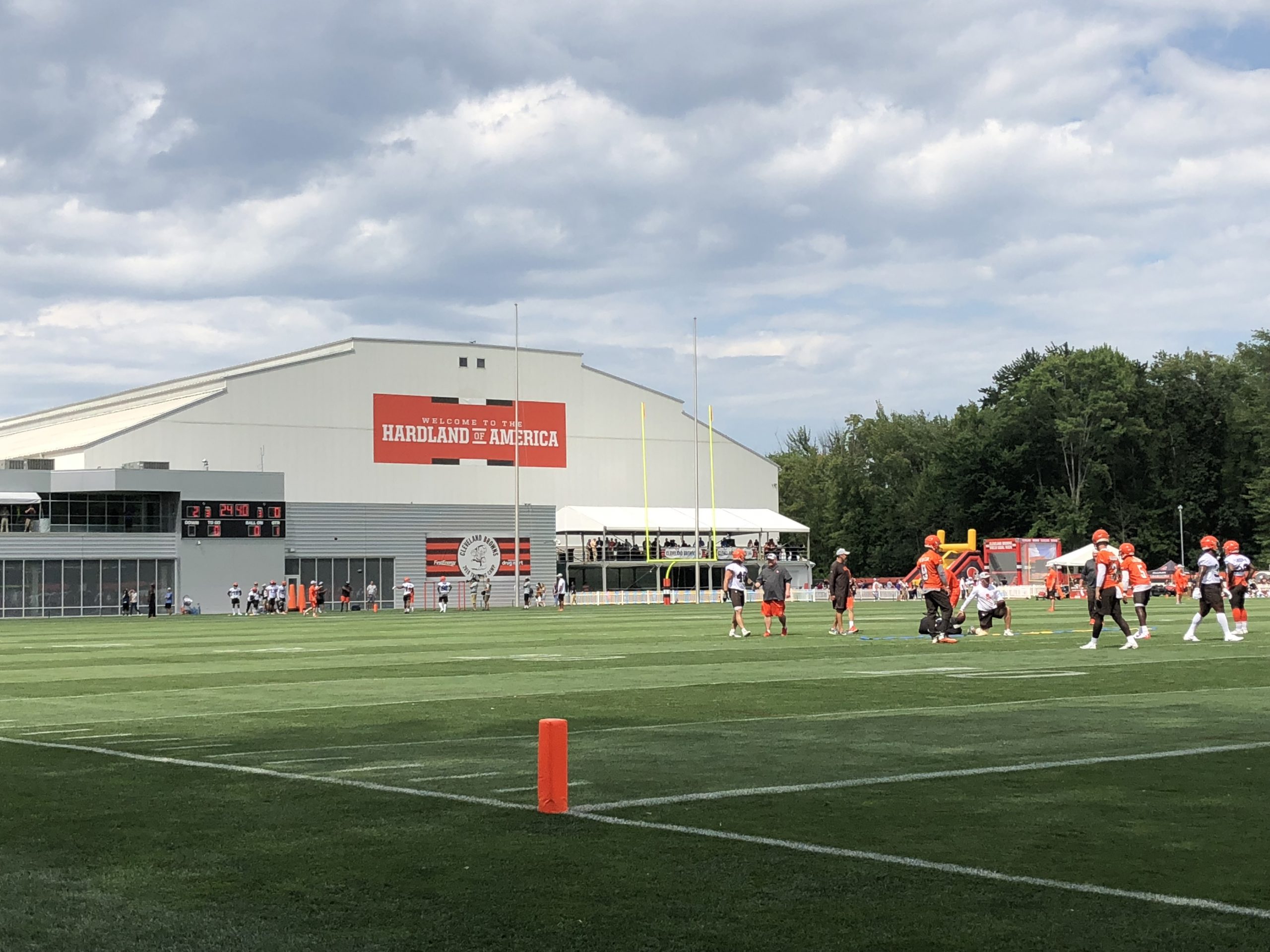 Rookie Greedy Williams started training camp on Thursday slotted as the Browns starting cornerback opposite of Denzel Ward. That continued into day two of camp as Williams got plenty of run at the right side CB spot.

Still, as head coach Freddie Kitchens made abundantly clear following Thursday’s opening practice, Williams has to earn the job this summer. The second-round pick certainly helped his cause on Friday with a key interception of Baker Mayfield in the end zone during 11-on-11 work.

On the play it looks like Williams is actually shaddowing slot receiver Jarvis Landry who’s running an out route near the five-yard line, but fades back into the end zone once Mayfield releases the ball looking for the man he called his safety net, Odell Beckham Jr. Williams high-points the ball and pulls it down right in front of OBJ to deny the offensive of a touchdown. It was a poor decision by Mayfield but a solid play for the rookie, trying to make a name for himself.

Watch the play for yourself…

It had to feel good for Williams, but it’s safe to say he’s got a long way still to go to be named the starting right side cornerback. One interception in practice won’t gurantee he’s first on the depth chart come September. Williams and the Browns are back at it on Saturday for the third day of camp, as the players will put on full pads for the first time.