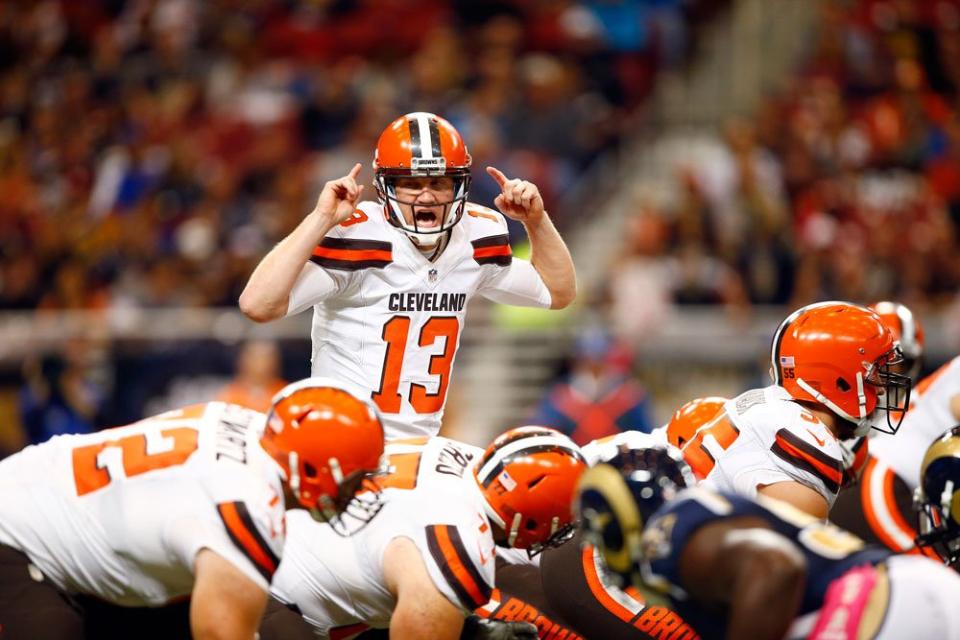 It’s good that Browns quarterback Josh McCown doesn’t take himself too seriously, or he might be really upset at what his high school senior daughter pulled on him today.

The injured quarterback is the ultimate journeyman, having played with a bunch of NFL teams (12 to be exact), and today being ‘jersey day’ at his daughter’s high school, she decided to grab a friend and they would each wear one of her dads jerseys.

She ran out of friends – as you can see by the picture.

When your daughter has jersey day at school and she doesn't have enough friends to wear all the teams #2missing pic.twitter.com/KJ7jN6jN8d

All in all – a good prank by the youngster to her dear old dad, who is still hoping to make a recovery this season and play again for the Browns at some point in 2016.