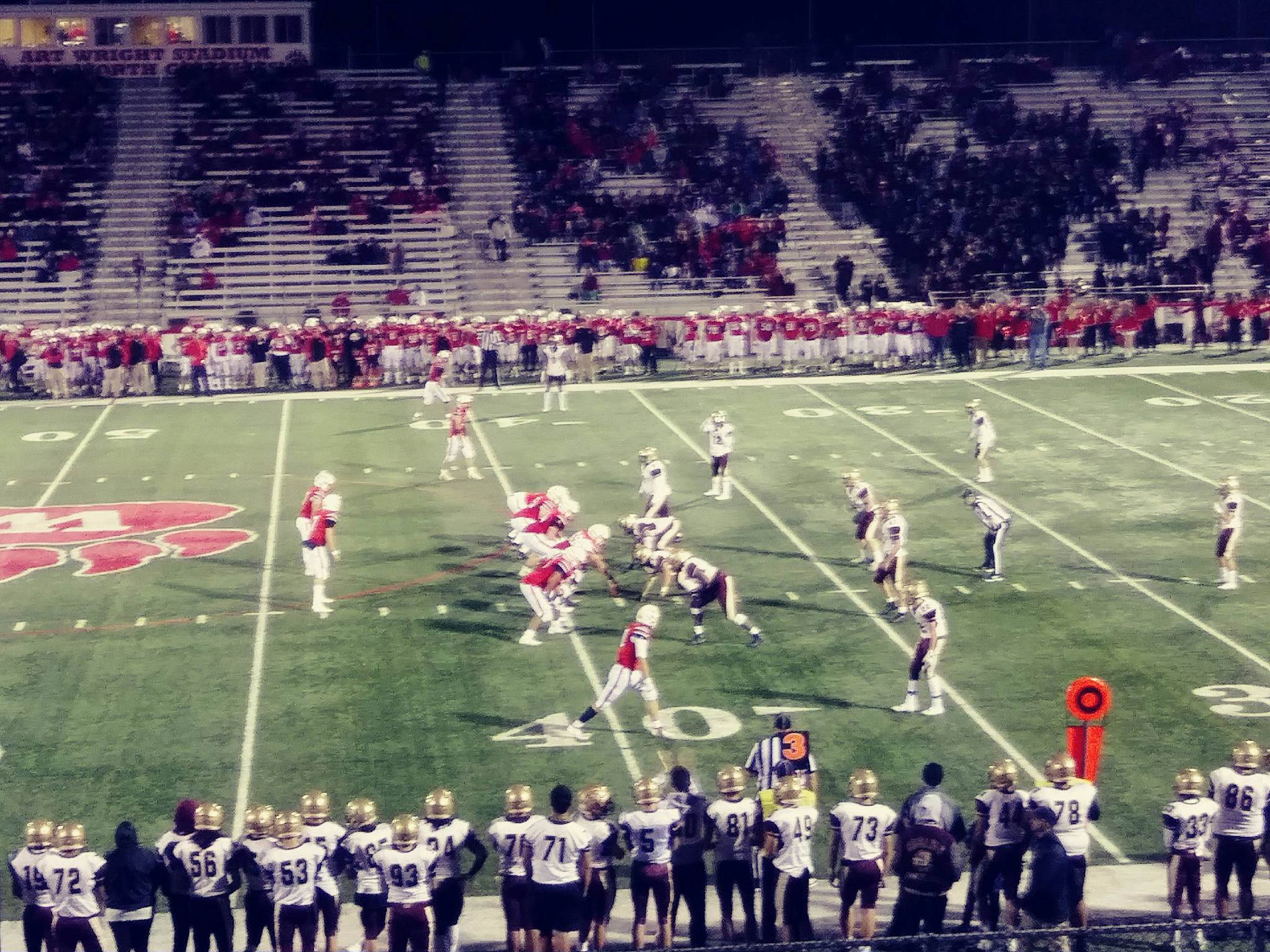 WADSWORTH, OHIO – The Wadsworth Grizzlies were flying high on homecoming night as the 3-2 Grizzlies dominated the Stow Bulldogs 56-23.

The setback drops Stow to 4-2 on the season, 1-2 in Suburban League National play.

The Wadsworth defense was suffocating and had the bend but not break mentality. Stows offense could move the ball but when it got down to around the redzone the Grizzley defense made stop after stop.

Stow QB Owen Bainbridge had a good game going 23-for-42 for 243 yards and a touchdown. He needs to figure out that using his legs and getting the first down is good also.

Bainbridge had multiple opportunities to pull the pull the ball down and run and get that first down maybe even a touchdown but he couldn’t seize those opportunities.

Stow has some weapons like Jack Costa catching six balls for 84 yards and a touchdown and William Luketich catching 7 for 77 yards.

The night was all about Wadsworth as the fast paced offense was on the move by QB Trey Shaffer. He was the MVP going 16-for-23 for 249 and a pair of touchdowns.

He ran the offense and distributed the ball on point. Dom Lopard rushed 10 times for 57 before leaving the first half with a broken left hand.

Lopard was the Ironman, as he came back after half-time with his left hand heavily wrapped finishing the night 18 carries for 142 yards.

Barret Labus had a great night also catching eight balls for 100 yards. He also ran two times for 36 yards and a touchdown.

As the field started to glisten over from the finally feels like football weather, it was obvious that the Stow Bulldogs were just out matched and out played by this Grizzley team.