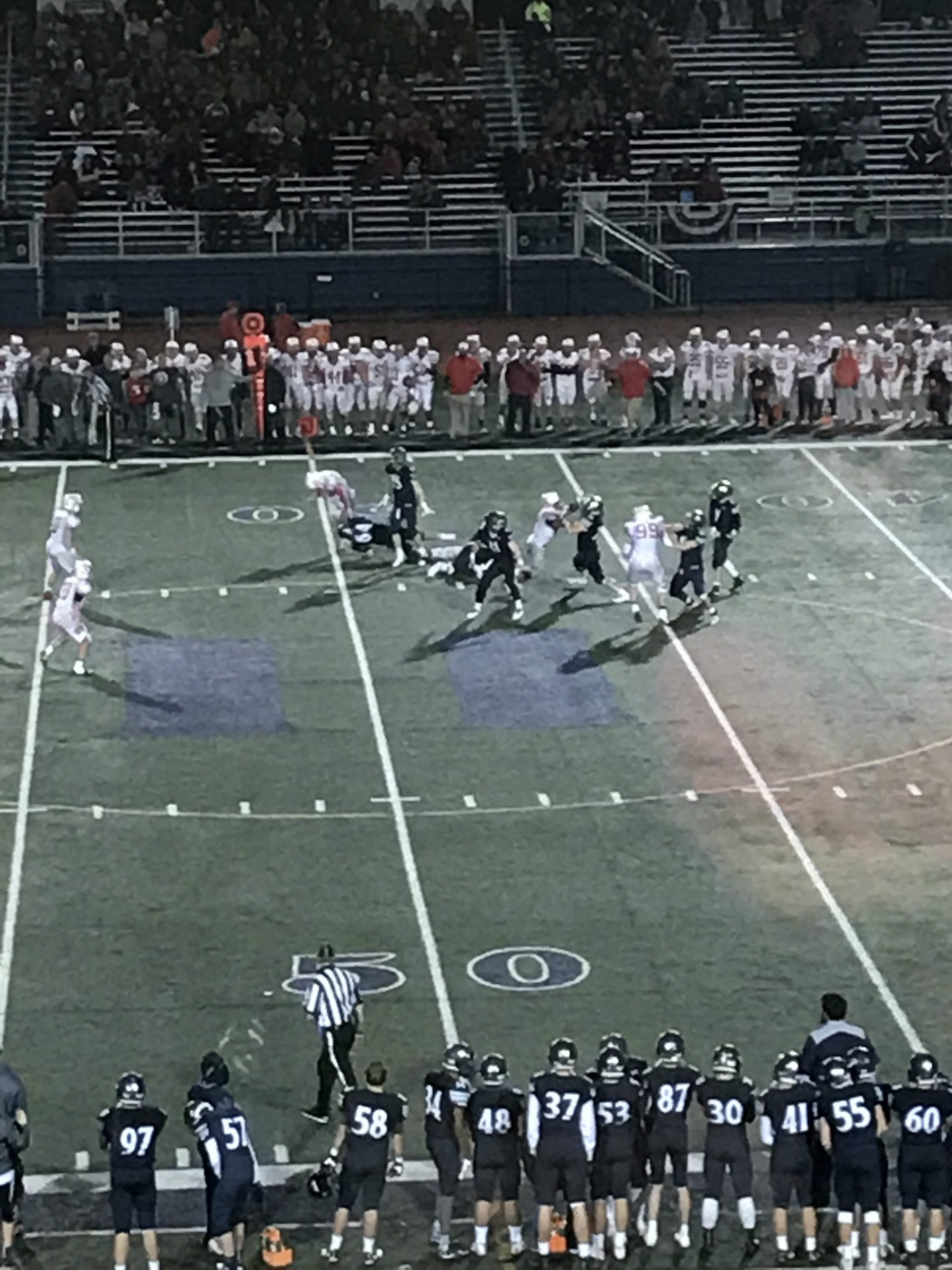 HUDSON, OHIO– The Hudson Explorers (7-2, 5-1) hosted the Wadsworth Grizzlies (9-0, 6-0) Friday and the Explorers were looking to end the regular season and senior night with a win.

Both teams have already qualified for the playoffs, so this game was all about playoff seeding.

The Grizzlies started fast, which has been typical for this juggernaut of a team. After forcing Hudson to a three-and-out, senior QB Joey Baughman and junior RB Brock Snowball led Wadsworth right down the field.

Snowball got it going with an eight-yard run, followed by a 25-yard pass to senior WR Mitchell Blackburn from Baughman. The drive was finished off by a six-yard TD run by Baughman, which was the story of the game.

Hudson tried to get the offense jump-started after a 45-yard pass to senior WR Adam Dunne from senior QB Colt Pallay.

Unfortunately for the home crowd Hudson was forced to punt after Pallay was sacked for a loss on third down.

Joey Baughman took advantage of the opportunity and had 90 yards and a touchdown on their second drive, all on the ground to put Wadsworth up, 14-0.

The bad luck would continue for the Explorers as senior star RB Kevin Callahan was forced to leave the game in the secondnd quarter after a leg injury. Junior running back Brady Ludewig would fill in and had instant success.

After falling behind 21-0, Ludewig woke Hudson up with a one-yard run, and the Explorers went into the half down 21-7.

If you thought Hudson was going to roll over and quit, then you were sadly mistaken. Hudson’s Pallay and Ludewig would not let their team give up.

The Explorers kept things interesting in the second half matching Wadsworth touchdown for touchdown, but Baughman was a man on a mission tonight. Every time Hudson would get momentum, Baughman would stop it.

The senior led his team with over 500 combined rushing and passing yards with seven touchdowns, five of them on the ground. Pallay had a great game going 20-of-31 passing for 311 yards and four touchdowns.

The Grizzlies went on to win 49-35 and finished the regular season undefeated (10-0, 7-0) and champions of the Suburban League. It was the program’s first undefeated season since 1996.

The Explorers dropped to (7-3, 5-2). Playoff matchups will be posted Sunday.