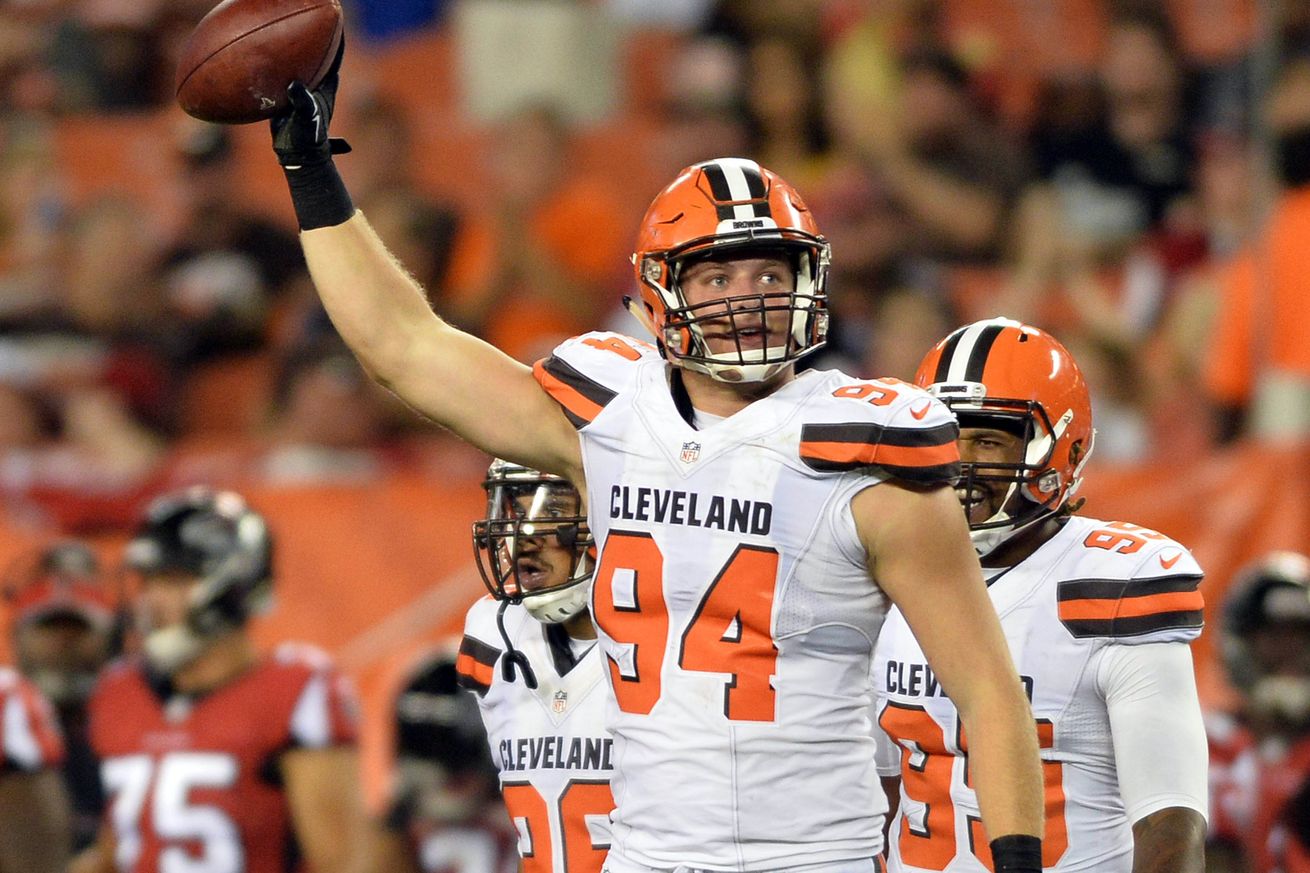 The Cleveland Browns found themselves a diamond in the rough with the Carl Nassib signing in this year’s NFL draft. Nassib, 23, was drafted in the third-round out of Penn State University.

On Sunday against the Philadelphia Eagles, Nassib recorded a sack and three tackles. His performance was good enough to be showcased as the NFL.com Pepsi Rookie Of The Week.

If you are a Browns fan and or think Nassib deserves to win this award, you can vote for him right HERE.

It’s tremendous how much young talent this Browns team has. I know the defense is not too good yet, but can you imagine next year when all of these young athletes have a season under their belt? The future seems promising.

Should The Browns Sign A Veteran Quarterback To Backup Josh McCown?
Owner Jimmy Haslam: ‘Everybody’s on the same page.’