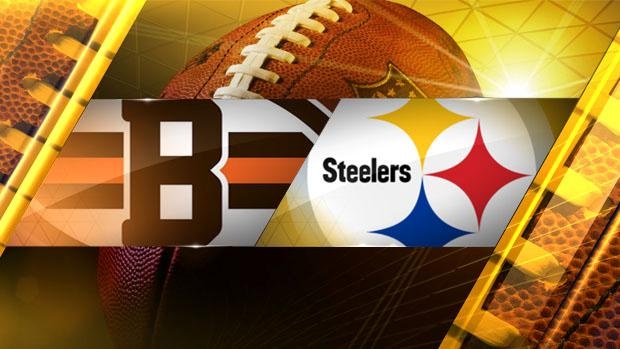 Here’s some videos to get ready for Sunday’s matchup between the Browns and Steelers in Pittsburgh as the Browns look for their third win of 2015 against the 5-4 Steelers.

Which quarterback will play for the Browns or the Pittsburgh Steelers for that matter?

The Browns and Steelers have both been losing ATS, both have injuries to their starting quarterbacks, and both will have a bye week after they meet in NFL Week 10. Professional handicapper Al McMordie from BigAl.com and SBR Videos host Peter Loshak discuss possible betting value on the game with the current market odds.

NFL analysts Pete Prisco, Pat Kirwan and Brady Quinn break down the keys for the Cleveland Browns and Pittsburgh Steelers ahead of Sunday’s Week 10 divisional showdown in Pittsburgh.

Cleveland Browns beat writer Mary Kay Cabot takes a look at what to watch for in Sunday’s game against the Steelers at Heinz Field in Pittsburgh.

Manziel or McCown? Pettine Won’t Say Till Gametime Sunday in Pittsburgh
Browns vs. Steelers – 3 Keys to Fortune, Glory and a Browns Win