Video: LeBron James on the Message to the Team, Thoughts on Thompson 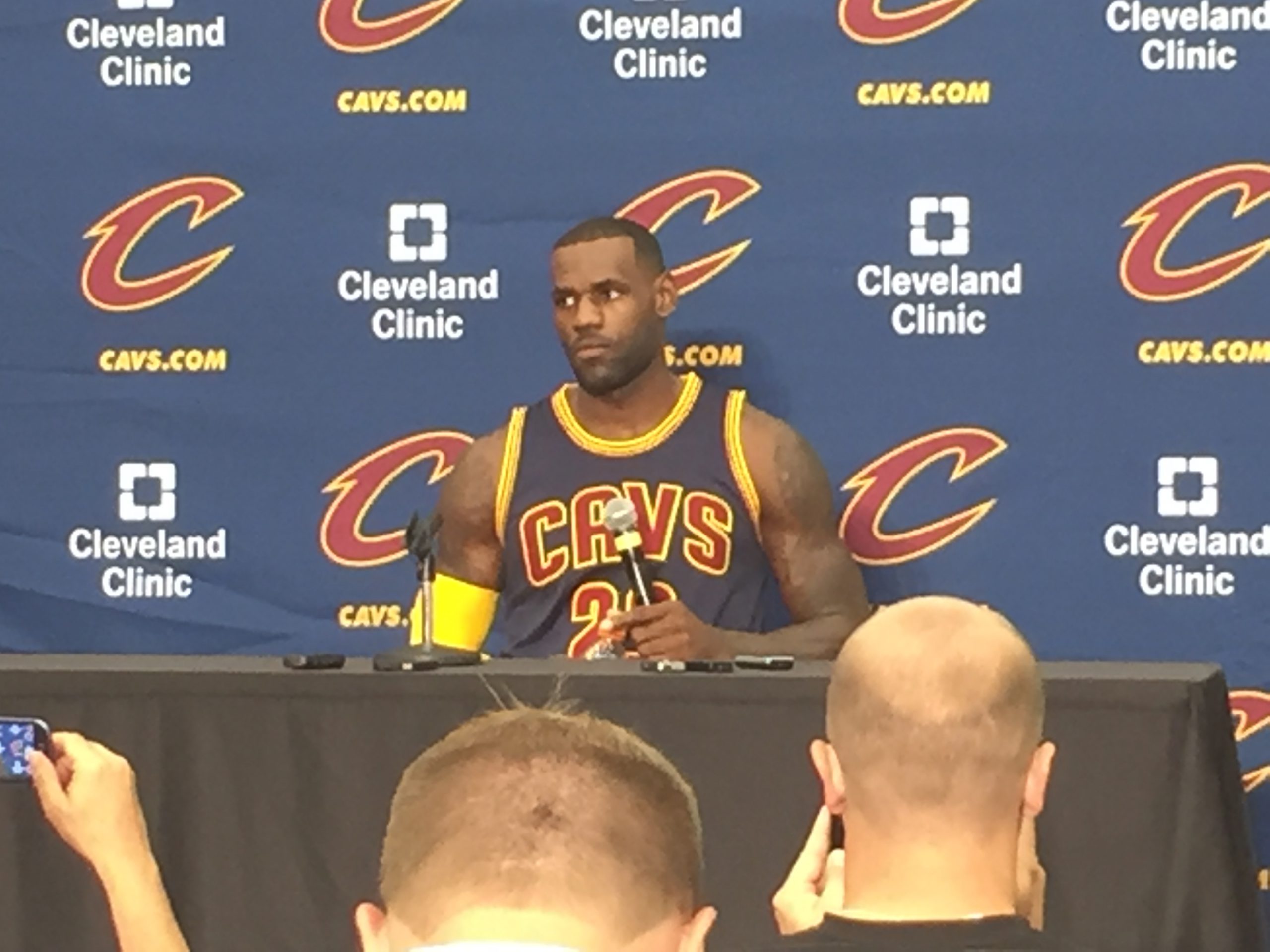 INDEPENDENCE, OH – LeBron James took questions from the media ‘officially’ for the first time Monday at Cavaliers Media Day, and was asked a number of questions about the offseason, his training as well as the disappointment from last year’s Finals loss.

James says that he doesn’t know the 2015-16 message for the team, the hangover of the Finals and more

Cavaliers Media Day: The Band’s All Back Together (For the Most Part)
Write Down Euclid – For This Cavs Team, It’s All About Hunger