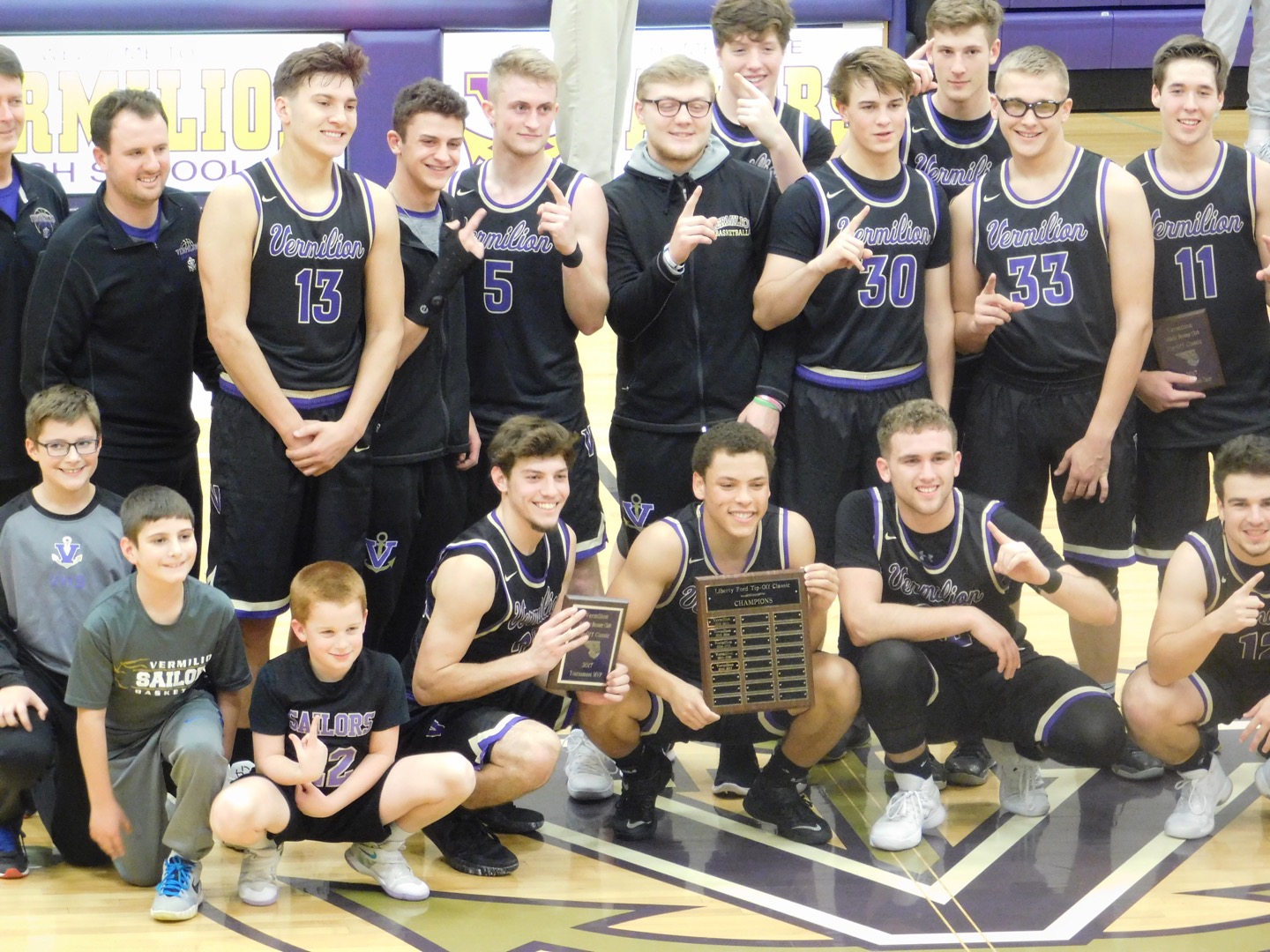 VERMILION, OHIO – The Vermilion Sailors put on a defensive showcase Saturday night, pulling away from the North Ridgeville Rangers 50-36 to win their own Vermilion Boys Tip-Off Tournament Saturday night.

A stifling 14-0 run midway through the second quarter was the difference, as it quickly erased a Rangers 12-8 edge, and once the Sailors took control, they never looked back.

Senior Joby Pfiel took home the tourney MVP award, and in the process the Sailor scored 14 points, popping in 11 in the first half as the Sailors went to the locker room up 20-16.

The Rangers couldn’t buy a basket after they got off to what seemed to be a quick start. They led 12-8 after the first eight minutes thanks to hitting 5-of-12 from the field, but then the Sailors went on a game-changing run to put the game squarely in their hands.

North Ridgeville did get 23 from senior MJ Smith, but he was roughed up by the Sailors and appeared to play most of the second half with an elbow injury.

Smith, who put in 32 on Friday night, scored seven points in the first seven minutes of the game as the Rangers built an early lead.

He was bottled up from there, and scored just two more points in the first half, and got loose late in the game for 14 second half points for 23 overall.

The Sailor defense stopped the Rangers from a number of easy shots, as North Ridgeville ended the setback shooting just 15-for-40 from the field.

Vermilion was 21-for-45 shooting, and helped out by the Pfiel’s brother tandem of Jonah and Joby, they made it a tough night for the Rangers as the Sailors built a lead and eventually led in the second half by double digits.

The road for the now 2-0 Sailors will not get any easier, as Tuesday night they will travel to Lorain to take on the powerhouse Titans.

The Rangers will be in action on Saturday, as they will travel to play at Midview.

Click the Pages Below to See More Pictures From the Game between Vermilion and North Ridgeville!