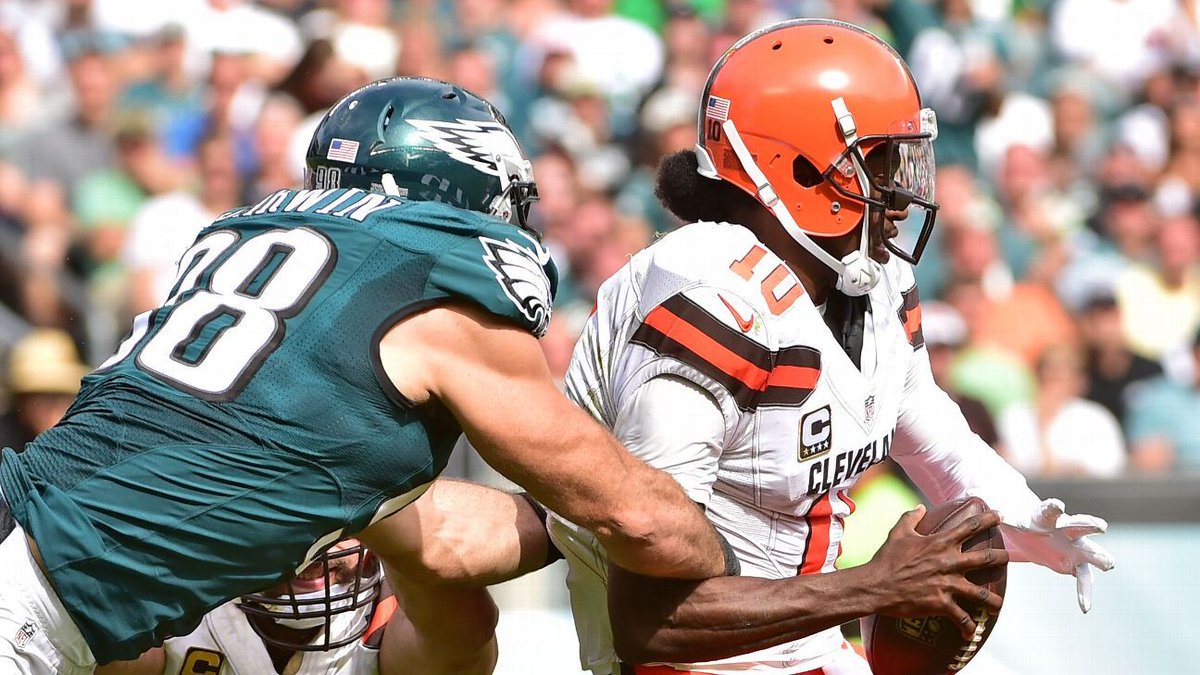 The Cleveland Browns have placed Robert Griffin III on the Injured Reserve list with a shoulder injury.

He will not be reevaluated for 3-4 weeks and will miss a minimum of eight games.

In the mean time, Josh McCown, who has his own history of injuries as a member of the Cleveland Browns, will take over the starting quarterback role.

Third-round draft-pick Cody Kessler would be next in line if McCown goes down.

The Browns released the following statement on Monday, which included these notes, announcing the status of Griffin:

He is expected to miss an extended period of time during the 2016 season after medical tests on Sunday night and Monday morning revealed a fractured coracoid bone in his left shoulder. Although surgery is not required at this time, Griffin’s left shoulder will be re-evaluated in 3-4 weeks.

“It’s very unfortunate, Robert came in and has worked extremely hard to learn our offense and earn the respect of his teammates,” Browns coach Hue Jackson said. “This is a tough loss because everyone has seen how invested he has been in this team and his dedication to the work needed to improve his craft.

We all know these are the realities of the NFL, injuries occur and you have to find ways to overcome them so they don’t impede your progress. Robert will do everything in his power to rehab and get healthy but Josh McCown is on this roster for a reason and we have great confidence in him. He is more than capable. His veteran presence has been an asset to our team throughout our process of preparing for the season. We look forward to him assuming the role of the starter and leading our offensive unit.”