The UFC offers 50 Million for a McGregor vs Mayweather Clash! 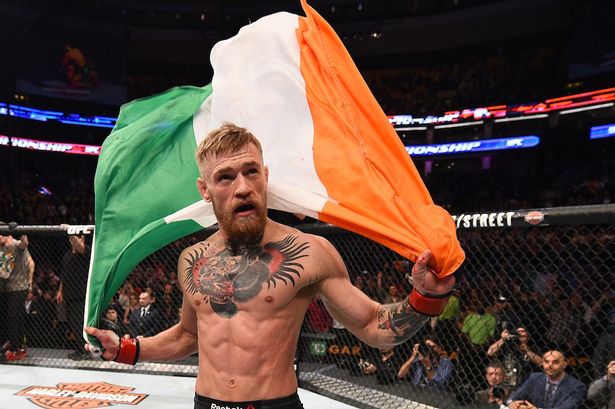 In a story that just keeps getting weirder, Dana White went on the Colin Cowherd show earlier today and announced that the UFC would pay Conor McGregor and Floyd Mayweather 25 million dollars each to fight in the Octogan.

TMZ tracked Floyd down later in the day to ask him about the bold statement from Mayweather, and all he could do is laugh and brad about his 250k watch.  The whole thing makes no sense.  The UFC and it’s fan base made a huge deal about McGregor becoming a duel weight class champion, only to promptly strip the Featherweight championship from McGregor.  Now, they have decided to create an interim lightweight champion and urge McGregor to fight a boxer.

This nonsense needs to end, the UFC has made some strange moves since being sold this past year, but they really need to start focusing on full time champions and replacing a legend like Mike Goldberg at cage side calling the action.