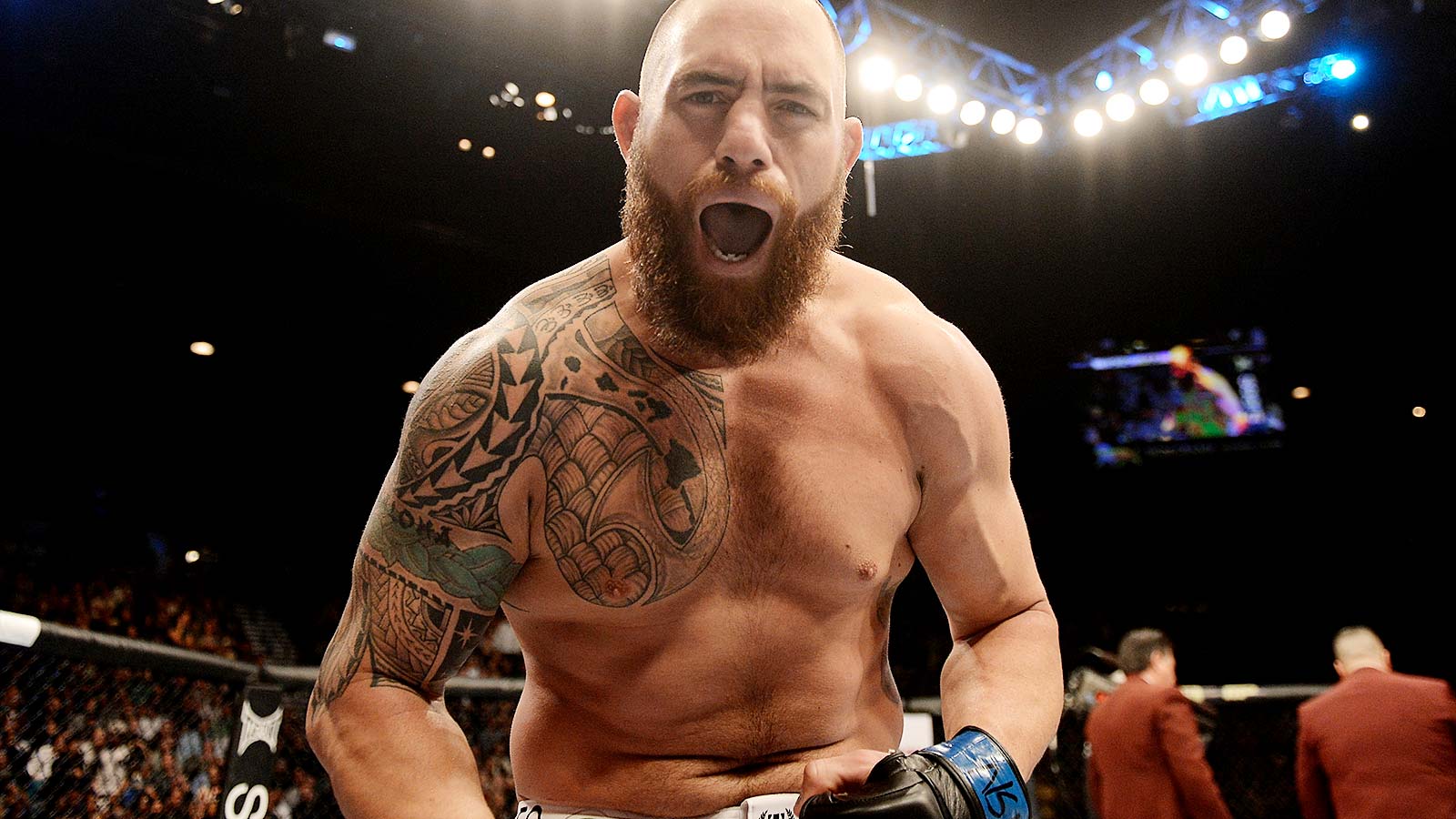 A weekend packed full of MMA action continues tonight from Nova Scotia as the UFC puts on their Sunday Night Fight Night show.  The card is headlined by a heavyweight matchup between Derrick Lewis and Travis Browne.

This normally wouldn’t be a main event match, but the UFC has had several cards in a short amount of time and that is why Main Events like this happen.  A heavyweight bout between former UFC Heavyweight Champion Junior dos Santos and longtime divisional contender Stefan Struve was originally expected to headline the event.

However on January 12, Struve pulled out due to a shoulder injury and the Browne vs Lewis match which was originally scheduled for UFC 208 was pushed back to headline this card.

The main event wasn’t the only switch to affect this card as Former UFC Women’s Bantamweight Championship challenger Liz Carmouche was expected to face Sara McMann but pulled out on February 2. She was replaced by promotional newcomer Gina Mazany.

With all that being said, lets breakdown and predict the card we do have.

Summary – Felder doesn’t have a single signature win on his 12-3 record.  His losses have come against the likes of Ross Pearson, Edson Barboza and Francisco Trinaldo.  Felder is looking to bounce back from his UFC debut loss back in August to Jeremy Kennedy.  Sadly for Felder, I see him going to 0-2 in his UFC career which may be on the verge of being over shortly.

Summary – As mentioned earlier, the original opponent for McCann was supposed to be Liz Carmouche before the late switch to Mazany.  It won’t affect her or the outcome.

Prediction – McCann by first round Submission.

Summary – Despite 16 UFC fights between them, neither man is very well known by the casual fan.  This fight may very well change all that for Elias Theodorou.

Summary – At one point in his 11 fight UFC career, Sam Sicilia was seen as a bright young rising star in the Featherweight division.  That has since changed since losing his last two bouts and 3 of his last 5.

Prediction – I fully believe Sam gets back on the winning track with a majority decision win.

Summary – Lombard is a former Bellator Middleweight Champion but has had a spotty UFC career at best filled with mishaps.  Drug test failures, missing weight and other numerous issues that have marred his stay this far in the UFC.

At UFC 171 Hendricks beat Robbie Lawler to become UFC Welterweight Champion and appeared to be the best in the division for a very long time to come.  Since then, it has been all downhill for Hendricks losing 4 of 5 including his last 3 straight.  His biggest problem is missing weight at 170, which has forced his hand to move up to 185.

Prediction – Hendricks will be undersized and Lombard will use it to his advantage with a decision victory.

Summary – This is the first UFC Main Event for Derrick Lewis and he intends to make it a memorable one.  This is his 10th UFC fight and he is looking for his sixth straight win.  Browne was has been up and down as of late and you can never really tell which version of him you are going to get.

Prediction – Travis Browne stops a two fight skid as well as ends the hot streak of Lewis with a first round knockout.

Moon Picks Bellator 172: Thomson vs. Pitbull
A Look Back at the Worst Wrestling Event of All Time