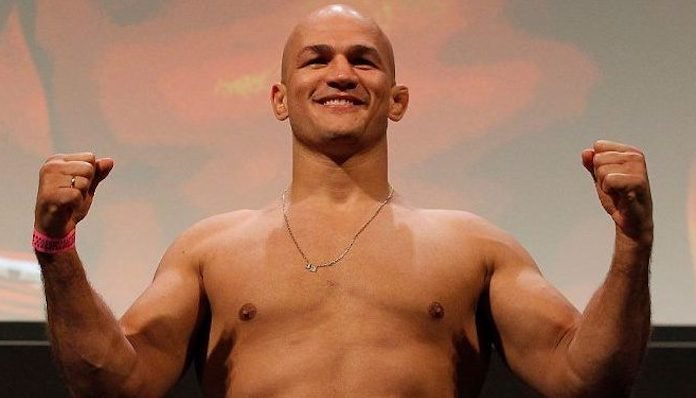 Fresh off one of the biggest cards of the year, UFC 226, the UFC is right back at it tonight.  They will take over Boise, Idaho’s Century Link Arena.  While Junior dos Santos vs Blagoy Ivanov should be a great main event, there are several excellent matches on the under and main card as well.  Let’s get right too the names and matches that jump out the most to us.

Liz Carmouche is at a critical point in her UFC career, and desperately needs to string together some wins to stay relevant.  She is 2-3 over her last 5 fights, and appears to be a journeyman at this point.  Expect her to bring everything she has tonight against Jennifer Maia who will be making her UFC debut.

Eddie Wineland is another guy who could sure use a win tonight.  He is also 2-3 in his last 5 and appears to have fallen off the map.  The last we saw Eddie, he was doing play by play for Alliance MMA and their ill fated Arnold Card in March.  Wineland will have his hands full with Alajendro Perez who is 6-1-1 in his UFC career.

After beginning her career at 9-0, Cat Zingano has lost three straight and will look to put the wheels back on the wagon tonight against Marion Reneau.  Zingano was untouched in the cage until her 14 second loss to Ronda Rousey 3 plus years ago.  Reneau will not be a walk on the beach however as she has already knocked off top names such as Jessica Andrade and Sara McMann.

Myles Jury vs Chad Mendes is an early favorite for fight of the night honors.  Both men are hungry to get back in the title picture.  Jury was once 15-0 before a stunning two straight losses.  He has rebounded with a 2 fight win streak, but a win over Mendes can put him back on the map for good.

Mendes is coming off a 3 year layoff / suspension from doping.  He has only lost 4 times in his career, but all 4 came at the hands of Jose Aldo (twice).  Connor McGregor and Frankie Edgar.  All 3, the very best in the division.

I would look for strong performances from Dennis Bermudez and Sage Northcutt tonight as well.  Both men were once seen as the future of their divisions but have both fallen on several hard times since.  Few remember now, but Bermudez owns a victory over Max Holloway.

Blagoy Ivanov has the chance to prove he is much more then just hype as he does battle with Former UFC World Heavyweight Champion Junior dos Santos in the main event of the evening.  While Blagoy did great things in WSOF and Bellator, this will be his first time in a UFC cage, and as well know, that is a huge step up.

We haven’t seen Junior dos Santos in a cage since being knocked out by Stipe Miocic last May of 2012.  Will he be rusty or did he need the break?  Time will well, but for dos Santos it is now or never if he ever hopes to get back in the title picture.  He will have to go on a serious winning streak.  His last 3 losses have come by the way of brutal knockout.

Here are some quick predicts for tonight’s full card

Carmouche over Maia by KO

Perez over Wineland by decision

Reneau over Zingano by decision

Jury over Mendes by TKO

Bermudez over Glenn by submission

Northcutt over Ottow by decision