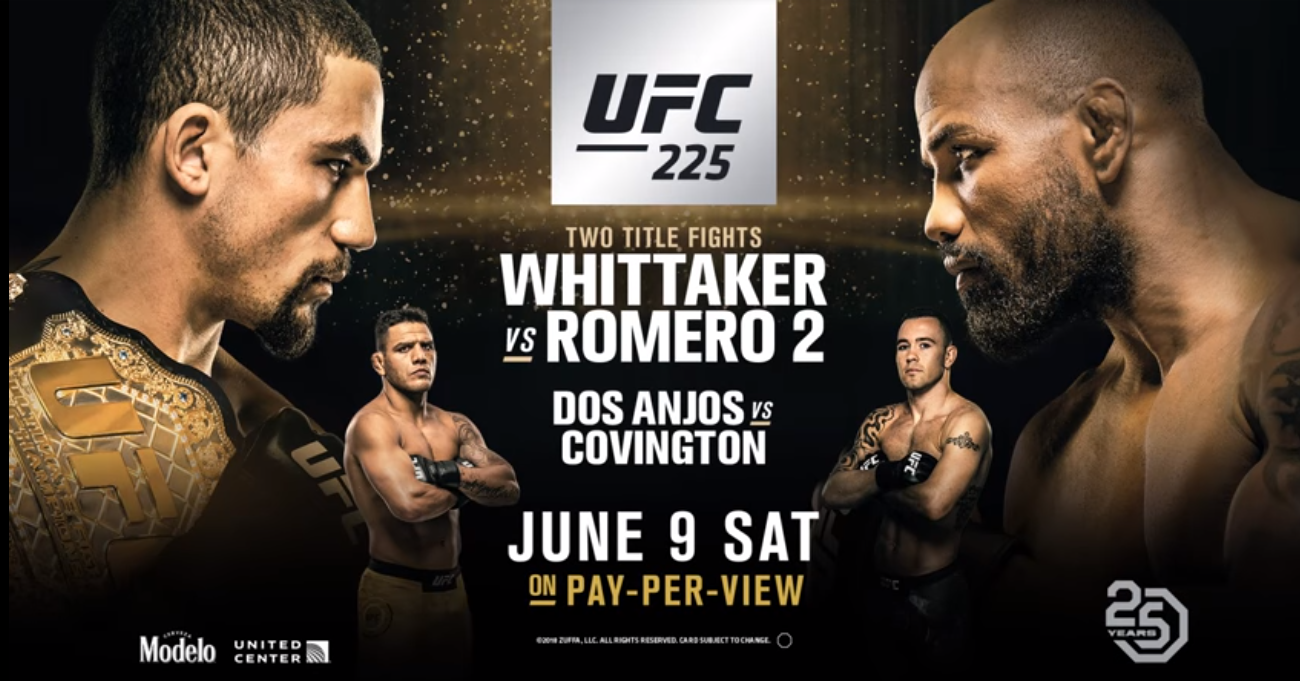 CHICAGO, Illinois – For the second straight title fight, Yoel Romero has missed weight.  This time by only 2 ounces, but still too heavy for his challenge of Robert Whittaker’s Middleweight Championship to be considered a title fight.  This was a rematch of their UFC 213 Clash that saw Robert Whittaker defeat him by decision 48-47 to win the then “interim strap.

This puts the main event in serious jeopardy and has sent the UFC into a mad scramble.  Early word is that the fight will be scrapped and the Welterweight Championship between Rafeal dos Anjos and Colby Covington will be promoted to the main event.  The card is loaded from top to bottom, so any of the matches getting promoted to the main card would be well deserved.  For Romero, this incident may cost him any future title shots for awhile as the UFC brass cannot be happy with this development.

Stay locked into NEO Sports Insiders for the latest on the breaking news.

PREVIEW: Cavaliers vs. Warriors Game 4
Vinny Bell Has Hat Trick As Cleveland SC Stays Unbeaten With 5-0 On The Road Over Binghamton