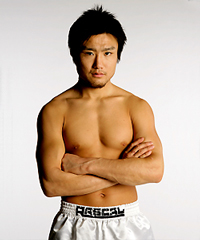 Gomi established his legacy in the Japan-based organization, PRIDE Fighting Championships. He was dominant in his time there and was regarded as one of the best, if not, the best lightweight fighter to ever come out of Pride. He was 31-5-1 by the time he entered the UFC in March of 2010.

His UFC career has been a far cry and loaded with losses. He is 4-6 in his UFC career with losses coming against men such as Kenny Florian, Clay Guida, Nate Diaz, Diego Sanchez, Myles Jury and Joe Lauzon. He has never been able to reclaim the flame he had in PRIDE.

Jim Miller also had a great start to his career, a stellar 20-3 record that had everyone talking title for him. His only loss’s of that stretch were against Frankie Edgar, Benson Henderson and Gray Maynard, the two top men of the division at that time. Since then he has struggled and went 5-5.

This is a tough one to pick, because I feel both fighters better days are long behind them. Gomi still has that fire in his punches, but Miller is a grind it out style a fighter that will make Gomi work and eventually tire out.

I see Jim Miller grinding his way to another decision victory.