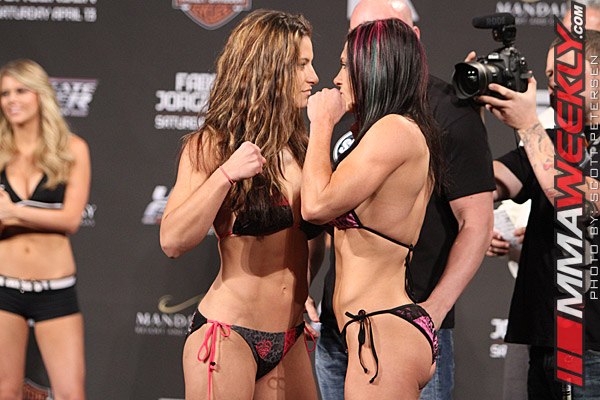 Tate is living proof that perseverance pays off! After two crushing losses to Ronda Rousey, he UFC title dreams looked to be over. But the former Strikeforce Bantamweight Champion didn’t give up, and began to roll. She won five straight on her way to an upset victory for the title over Holly Holm back in March at UFC 196.

Tate has used her smoking hot looks, combined with a competitive spirit in the cage to become the most popular female in UFC history. Her opponent on July 9th, isn’t as popular but every bit as dangerous. Amanda Nunes is 12-4 but lacks any wins against notable opponents. She will get her chance against Tate.

I fully expect Tate to stay hot and walk away with an easy decision win in this one.