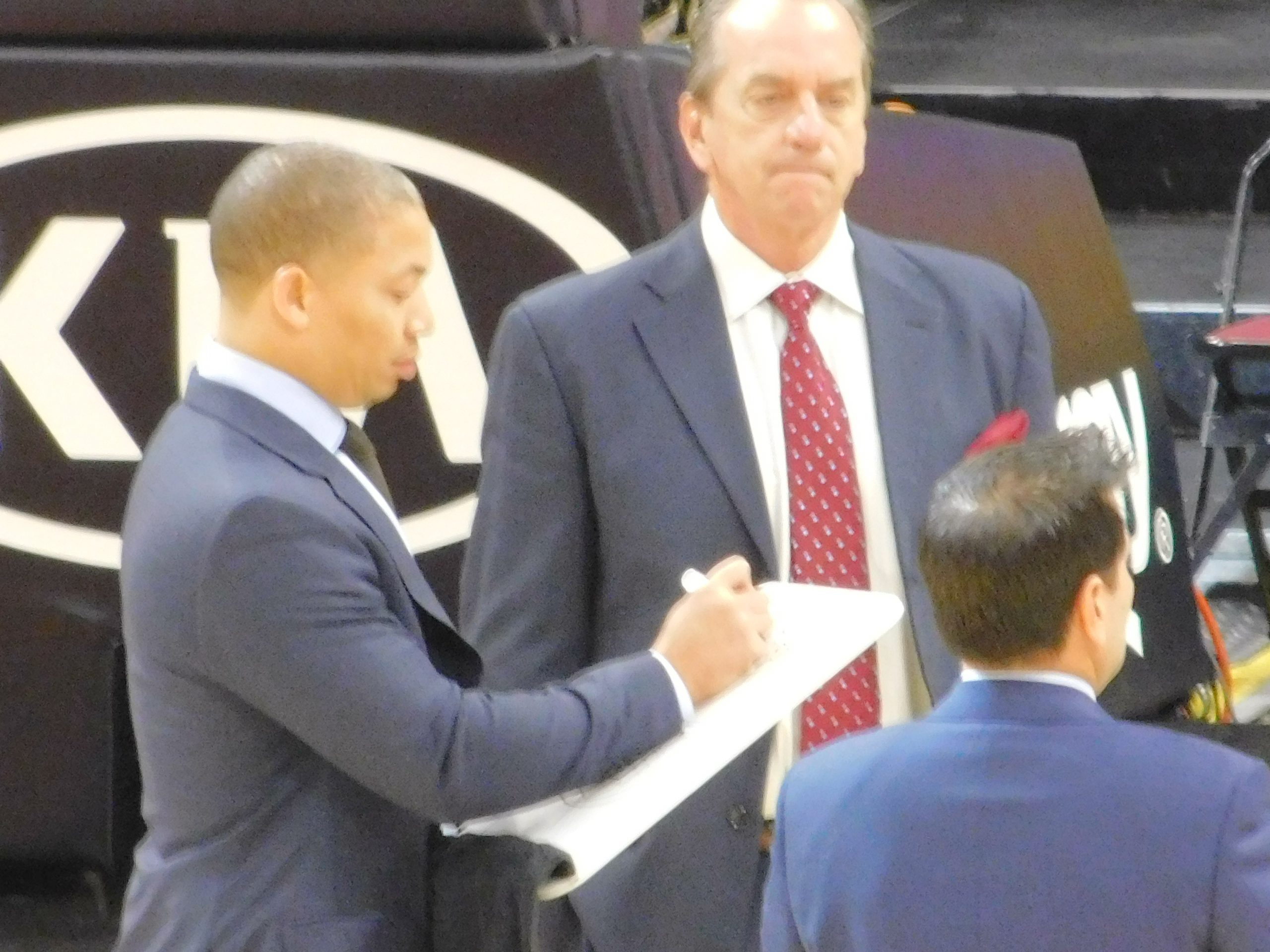 CLEVELAND– Ahead of the Cavaliers’ Game 4 showdown with the Tornto Raptors head coach Tyronn Lue reacted to the news that the Detroit Pistons parted ways with Stan Van Gundy.

Lue found out the news when he was asked about it at the podium. Lue played for Van Gundy during the last year of his career when both were in Orlando.

“He’s an outstanding coach and I mean it’s just crazy to see that, you let a great guy like Stan go,” Lue said. “I know he’s emotional because he’s into the game, he loves the game that much, but as far as X’s and O’s, understanding different teams, different schemes, his players, he’s one of the best as far as knowing the basketball game and what it takes.”

Lue was asked about the Van Gundy dismissal in relation to rumors that the Raptors could part ways with head coach Dwane Casey. Casey has been with the Raptors since 2011 and still has a year remaining on his contract. However, there are numerous reports saying that executives around the league believe Casey could be let go with the Raptors’ elimination in the playoffs.

“As far as Dwane Casey goes, that’s absurd, that’s crazy,” Lue said. “To change a team who they say played iso basketball to being top three in offense and defense this year, second best record in the NBA, it’s just – I don’t believe that one bit. It would be absurd to move like that.”

Casey led the Raptors to 59 wins in the regular season, earning them the top seed in the Eastern Conference. The Cavs and Raptors tip off for Game 4 at 8:30 p.m.

Ty learns that the Pistons and Van Gundy parted ways. Says: “he’s an outstanding coach, it’s just crazy to see they let a great guy like Stan go.” Also asked about the possibility of this being Dwane Casey’s last game with Toronto, he says “that’s absurd, that’s crazy.” pic.twitter.com/mQSND9rEom