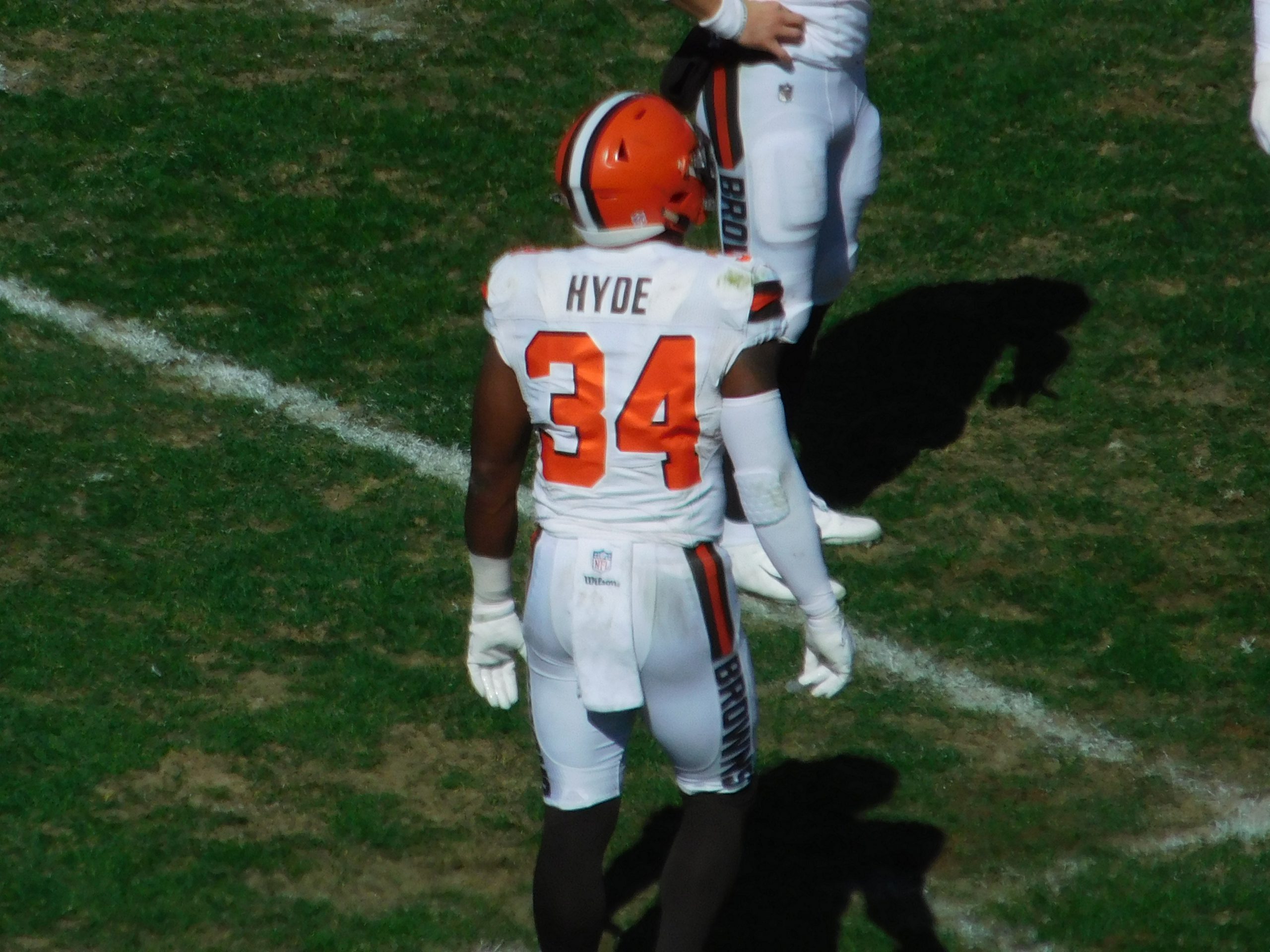 Carlos Hyde didn’t have a long career with the Browns, as Friday afternoon the team pulled off a stunner of a deal, sending him to the AFC South’s Jacksonville Jaguars for a 5th round pick, meaning that both Nick Chubb and Duke Johnson will get a LOT more looks in the teams’ offense.

Hyde with the Browns had run for 382 yards and five scores as the team went 2-3-1 with him as the feature back over the first six games of the 2018 season.

With Hyde gone, fans (and even some players) took to Twitter with reaction after it was announced that Hyde was being sent off for a 5th round pick.

With Carlos Hyde gone, Hue Jackson is going to have to work even harder to avoid giving carries to Nick Chubb.

Is it TRADE FRIDAY

Carlos Hyde is averaging a career-high in carries per game but a career-low in yards per carry. Parting ways with him is not the worst thing in the world. #Browns

The Cleveland Browns traded Carlos Hyde to Jacksonville for a 5th round pick. They continue to take weapons away from Baker Mayfield. They’re literally setting Baker up for immediate failure. Pathetic!

A 5th rounder for Carlos Hyde? What a waste…

I will always remember how Carlos Hyde left his wife in labor to help the Browns win their first game since December 2016. Your loyalty has been repaid!

Browns DC Gregg Williams Addresses the Effort of LB Jamie Collins: “It is Everybody”
Browns Trade Carlos Hyde to Jacksonville, Get Pick in Return