Browns Trade Carlos Hyde to Jacksonville, Get Pick in Return 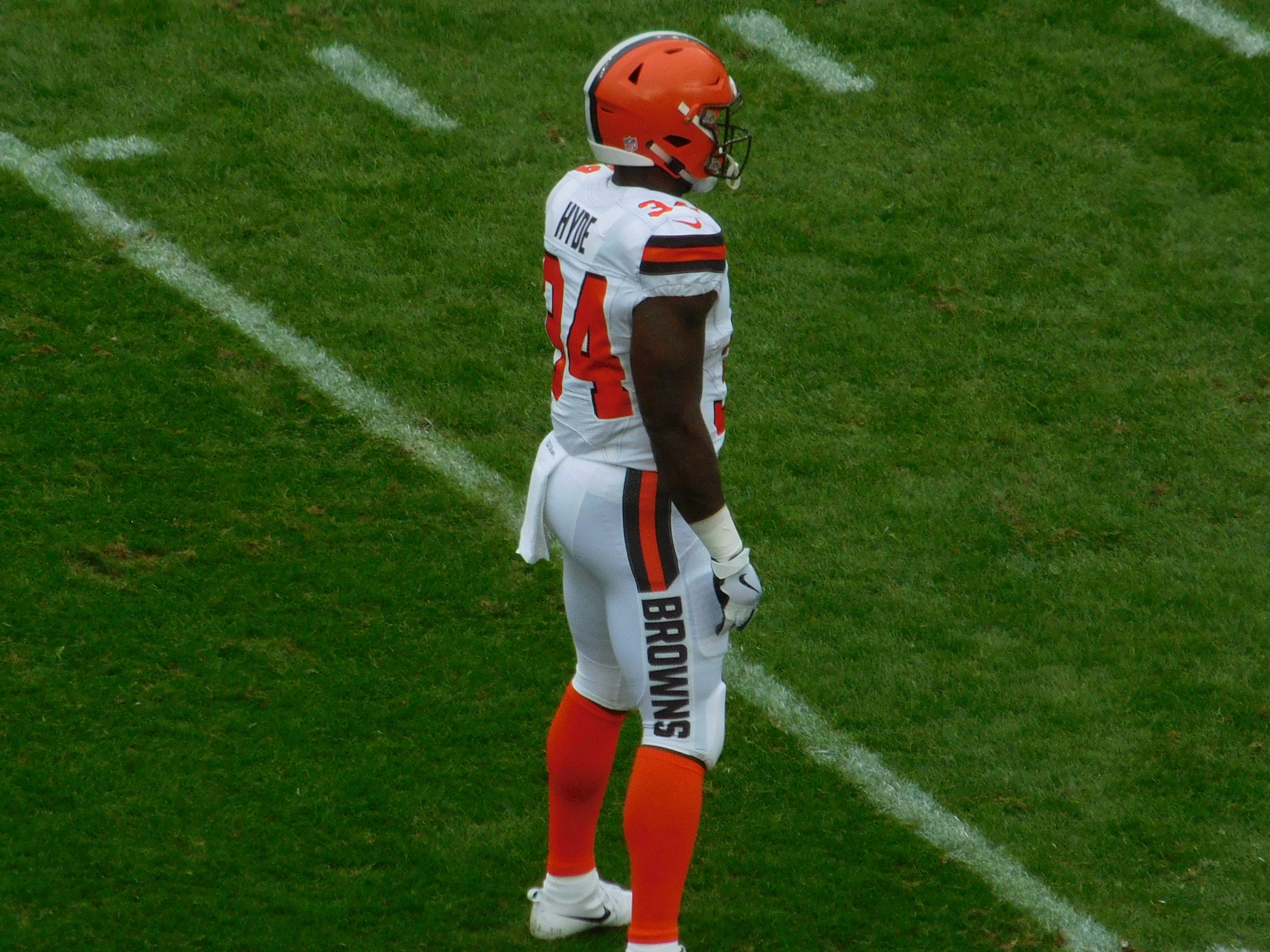 Cleveland shipped veteran running back Carlos Hyde, 28, to Jacksonville for a fifth-round pick. ESPN’S Adam Schefter was the first to report the transaction. The team has since confirmed the deal.

Hyde joined the Browns this past offseason as a free agent, inking a three-year $15.25 million dollar deal. A little over a month later the team drafted Chubb in the second-round of the NFL Draft and then signed Duke Johnson to a three-year extension over the summer.

While entering the season with an embarrassment of riches at running back was a good problem to have for a franchise that has historically lacked playmakers at the skill positions. But as the season progressed it became obvious that Jackson and offensive coordinator Todd Haley were struggling to incorporate the trio of Hyde, Chubb and Johnson into the offense effectively.

Through six games Hyde dominated the carries among the three. Hyde’s 114 carries accounted for more than 60-percent of the Browns rushing attempts this season. He’s rushed for 387 yards and five touchdowns this season and had a yards per carry average of 3.4.

Prior to coming to joining the Browns this offseason, the Ohio State product spent the first four years of his career with the 49ers. In 2015 he broke his foot and played in just seven games, but bounced back from the injury to post back-to-back 900-plus yard seasons in 2016 and 2017.

Meanwhile, Chubb posted a breakout performance against the Raiders in Week four, making the most of his three carries by ripping off touchdowns runs of 63 and 41 yards. He finished with 105 yards on the day along with the two scores. Despite averaging 10.8 yards per attempt the rookie has only received three carries in the two weeks since that breakout effort. Now he’ll likely become the feature back of the Browns offense.

As for Hyde, he’ll go to a team desperate for a reliable running back since Leonard Fournette has played in just two games because of a nagging hamstring injury. This move is not an indictment on Hyde by any means. It’s strictly business. The Browns had a surplus of running backs, like what they have in Chubb and Johnson and saw an opportunity to acquire some always sought after draft capital.

The Browns remain on the hook for the $3.5 million signing bonus in Hyde’s contract, of which only $1.666 million remains on the books for 2018. The remaining portion of the signing bonus can be pushed to the team’s 2019 salary. Hyde’s total cap hit for this season is $1,266,666.

Twitter Reacts as the Browns Make a Shocking Deal to Send Carlos Hyde to the Jaguars
Video: NFL Analyst Brian Baldinger Previews the Browns Battle with the Buccaneers