Time is Right for Cavs to Give Quinn Cook a Look 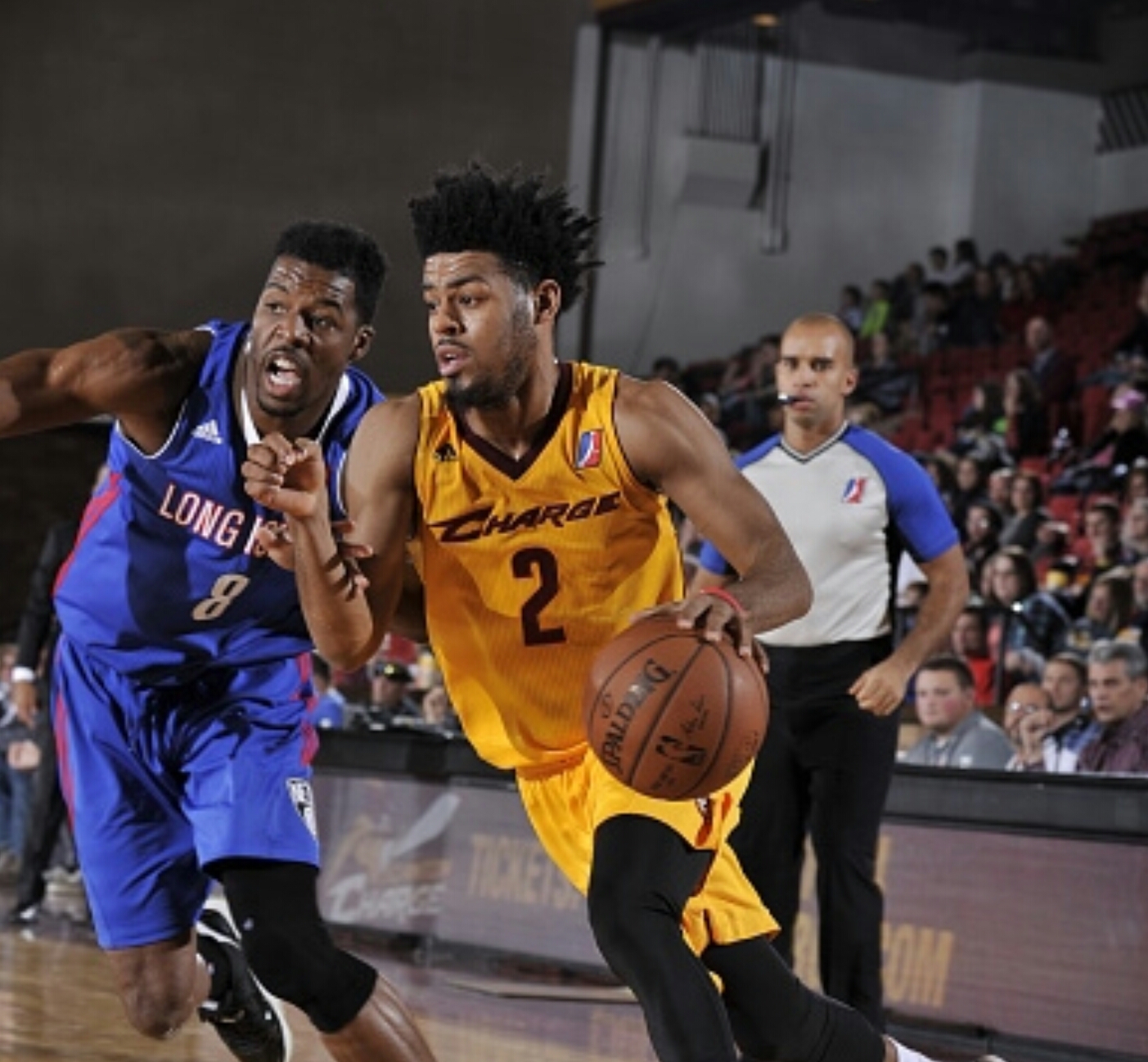 Canton Charge point guard Quinn Cook is making a case to be named NBA D-League Player of the Year … if an NBA team doesn’t grab him beforehand.

His 40-point, eight assist performance in the NBA D-League Showcase on Sunday wasn’t even his best game of the year, but it appears to have raised some eyebrows.

According to AmicoHoops, the Cleveland Cavaliers are one of the interested teams.

Given the timing of this development, the opportunity to strike while the iron is hot may make this the best situation to give Cook a look.

For starters, the trade deadline is just under one month away.

If the Cavs were to sign Cook to a 10-day contract, see how he does, and come to the conclusion that he’s not what they’re looking for, there’d still be plenty of time to make a move before the trade deadline.

Secondly, other teams are moving in.

The Cavs have been able to watch Cook’s growth more than any team these past two seasons and if they let him slip through their fingers, the potential exists for another rival team to come away with a steal, right from Cleveland’s backyard.

That potential exists with any prospect, but Cook has not been an “ordinary” player these last two seasons.

Lastly, the time is long passed to give Kyrie Irving some relief.

He already dealt with hamstring tightness, possibly a result of being over-used in December.

He has played too many minutes, considering where he could be with an actual backup point guard.

It also causes LeBron James to play more than one would hope in January games.

Now that the circus is out of town with the Warriors and Spurs games out of the way, this is a chance for the Cavs to treat most of these remaining games leading up to the All-Star Break (save for maybe the Oklahoma City Thunder game) the way they deserve to be treated: like practice games.

Whether that comes off as arrogant from a Cleveland perspective or not, no one on the Cavs’ roster is going to lose any sleep if the team gives Irving or James a couple games off leading up to the All-Star Break.

Why not give Kyrie a game off and start Cook (assuming he gets that 10-day contract at some point)?

Why not rest LeBron a game and let Cook play more minutes at backup point guard?

Look at what the Spurs have been doing with Dejounte Murray this month.

It’s not an identical situation, but this 20-year-old stepped right in and put up 24 points against the Nuggets, breaking Tony Parker’s single-game franchise record for points by a rookie.

Murray played 22 minutes against the Cavs on Saturday and scored 14 points, proving to be one of the key contributors in the win.

If Cook can even come close to that type of production, it’d be a help for the Cavs’ bench and especially for Kyrie.

If it doesn’t work out, at least the Cavs don’t watch him go to a contending team and make an impact without giving him a shot, first.

There’s not much to lose. The Cavs have the open roster spot from swindling the Hawks into taking Mo Williams.

With nearly a month until the trade deadline, and still time after that to sign another veteran option, this could be the window to see if Cook can contribute at this level and help Cleveland’s championship run, even if all it means is giving Irving some valuable regular season rest.

Five things we learned in Cavs’ loss to Spurs
Cavs at Pelicans: Preview, TV, Radio How to Watch, and Streaming Information