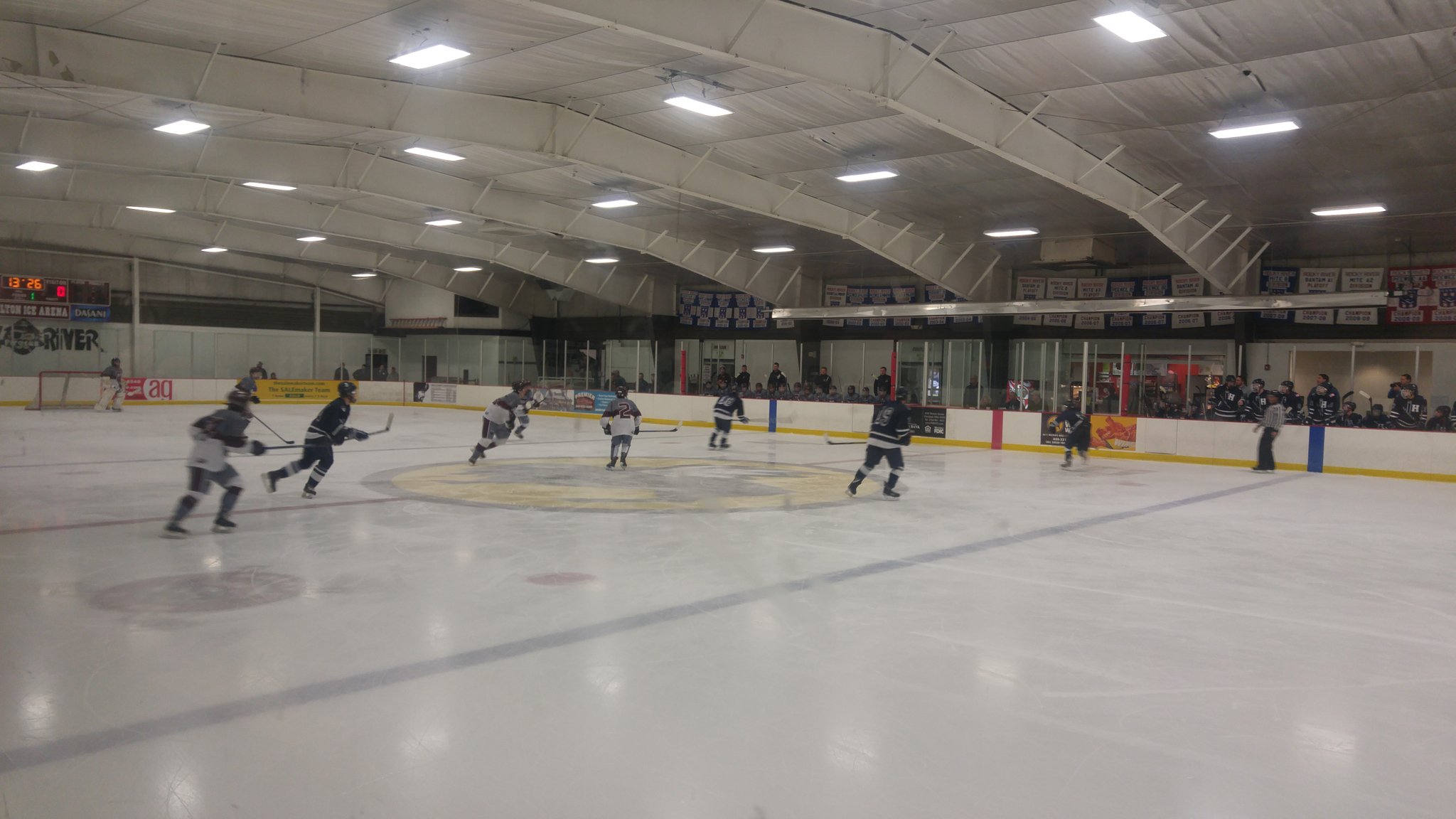 ROCKY RIVER – Game two of day three of the Tim Alexander Memorial between the tournament’s best teams Hudson and Rocky River was as close as expected. In the end, the Pirates hung on for a 3-1 victory to finish their tournament run at 4-0. Hudson dropped their only game of the weekend, and finished up at 3-1.

A scoreless first period saw both teams unable to cash in on their sole power plays chances. Hudson went 0 for 6 shooting while River wasn’t any better at 0 for 4. Those numbers show just how good both teams defense is.

The Pirates would fire their cannon early into the second period as Matthew Stueber scored off of a well-timed pass from Luke Mallet to get the games opening points. Stueber shot what appeared to be a “knuckle puck”, but it found its ways in.

A few minutes later, the Pirates would get a chance to extend the lead with a power play following a Hudson hooking penalty. But a hooking penalty of their own 5 seconds later, would set up a 4 on 4 game for nearly the next two full minutes. The Pirates liked those odds however, and scored 10 seconds into 4 on 4 hockey to extend the lead to 2-0. The goal from coming from Danny Asmar.

The two-goal lead wouldn’t last long however as Luke Karnofel went coast to coast on a beautiful breakaway. There was no stopping him as he juked Pirate goaltender Ethan Mylett perfectly to score. The goal cut the Pirate lead to 2-1 and brought the visiting crowd to its feet. A highlight reel goal. The period would end by the same score.

The game remained tight 10 minutes into the third when Rocky River’s Dominic Ballas blasted a slapshot past Hudson goaltender William Hannon to extend the Pirate lead to 3-1. The shot came just a few feet in front of the blue line. The Pirates hung on for the 3-2 victory after giving up a last second power play goal by Blake Lori.