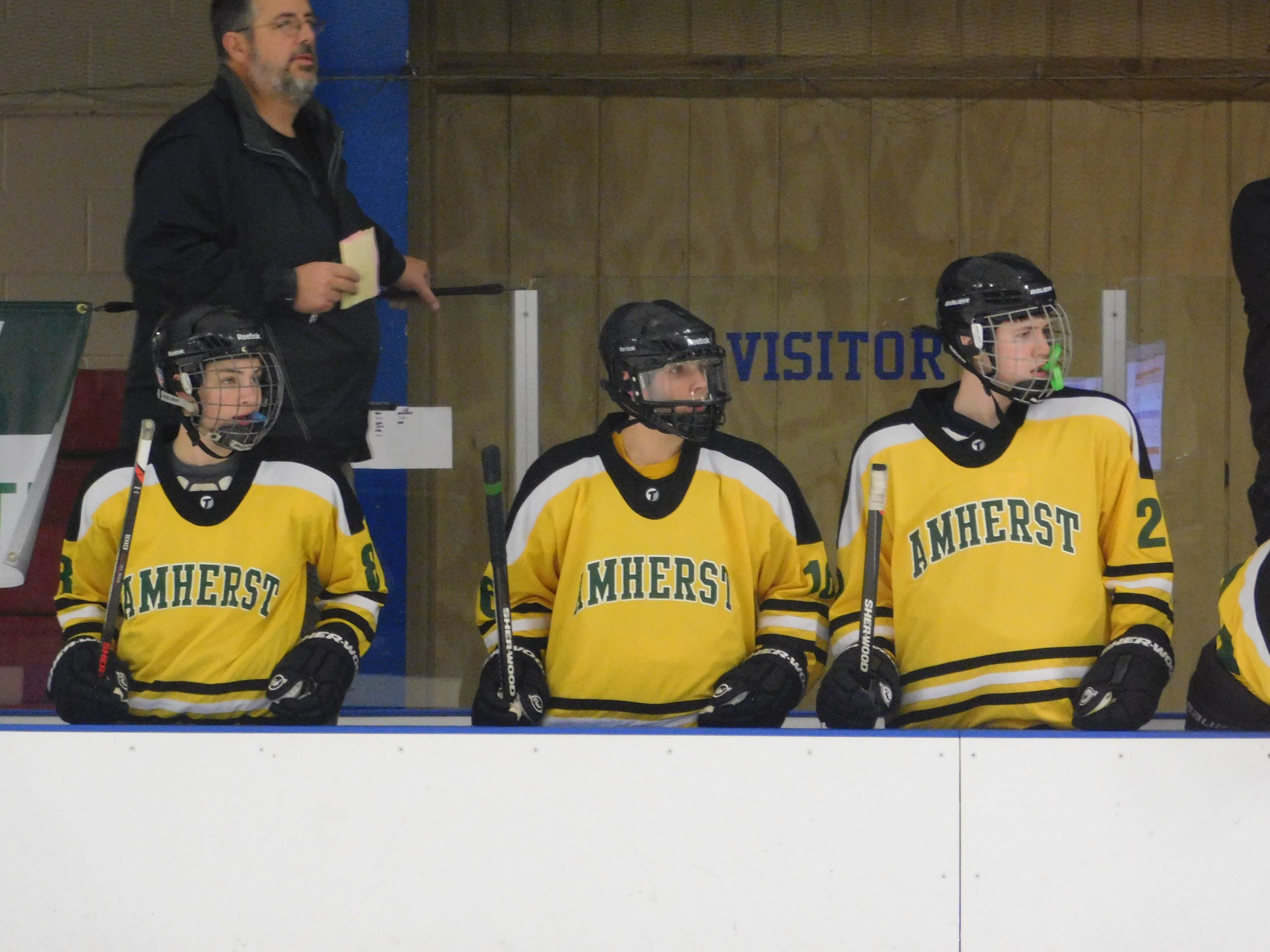 The Amherst Comets rolled Thursday to an impressive 11-1 win over the Brooklyn Hurricanes in a matchup during the Parma Holiday High School Hockey Tournament in Parma.

The Comets, now 13-2 on the season overall, were led by Thomas Hall who scored the first goal of the game with 12:17 to play in the first, and on the day ended up with four goals and two assists.

The Hurricanes, who were outshot in the affair 44-4, got an unassisted goal from Aaron Wrost with 11:41 to play in the first to tie the game up, but then watched as Amherst scored five more times in the period to take a 6-1 lead after one.

Jacob Kramer for the Comets scored the next two goals to make it 3-1, and then after another Hall goal made it 4-1, Beau Haney scored to push the lead to 5-1 before Joey Kramer scored to finish the period at 6-1 in favor of the Comets.

Jacob Fekete got the scoring going in the second for the Comets, scoring at 11:24 to make it 7-1, and Michael Hughes found the back of the net before the end of the period making it an 8-1 Amherst lead after two.

Joey Kramer scored in between two Hall goals in the third to wrap up the scoring in the 10-goal win for Amherst.

Brady Grove recorded the win in net for the Comets, stopping three of the four shots he faced.

Hurricane goalie Jason Edmonds stopped 33 of 44 shots on the afternoon.