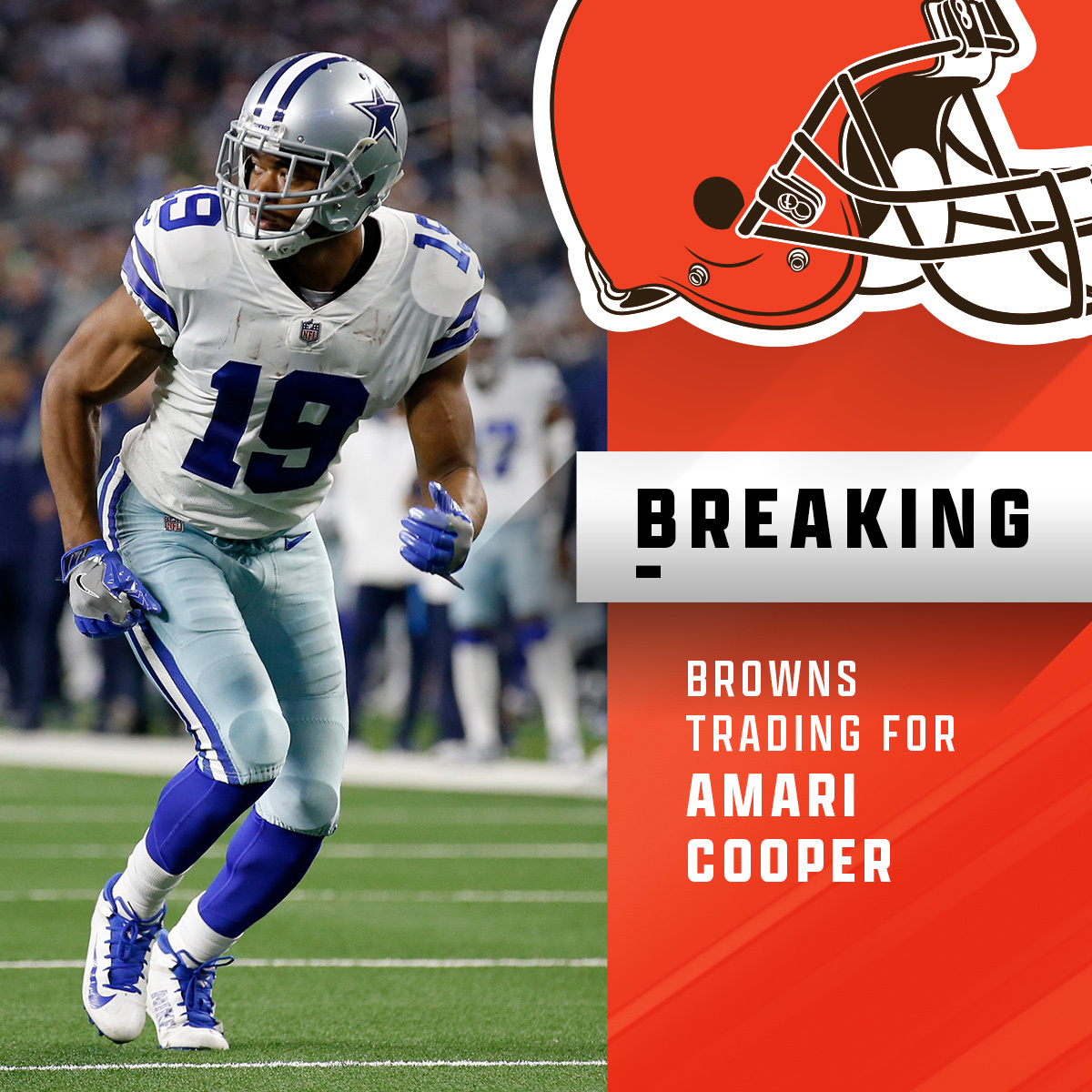 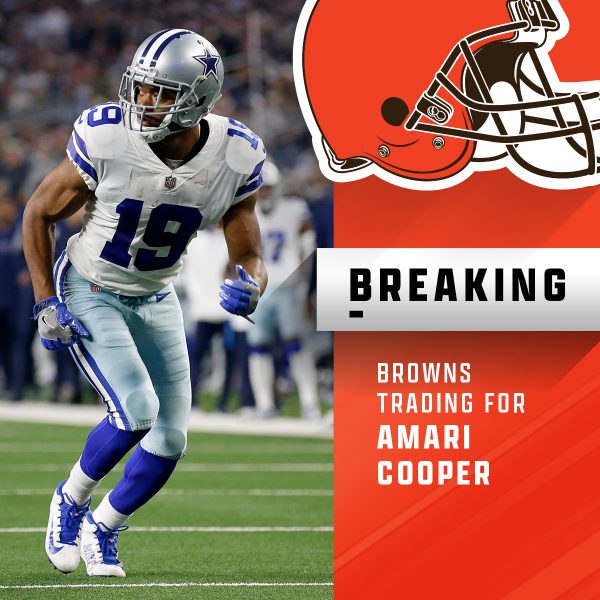 A week of blockbuster trades in the NFL continued on Saturday.

NFL Network Insider Ian Rapoport reported the Cleveland Browns have agreed to trade for Cowboys wide receiver Amari Cooper in exchange for a fifth-round draft pick. Rapoport added that the Browns and Cowboys also are swapping sixth-round draft picks in the deal.

“The Dallas Cowboys are weighing their options with wide receiver Amari Cooper. At least five teams have expressed interest in the 4-time Pro Bowl talent should he be released or traded, according to ESPN. The Browns are a team that has emerged as a “real player” for Cooper”

according to Jordan Schultz.

Dallas is reportedly seeking a third-round pick in a trade but “might settle for a 4.” PFF’s Doug Kyed reported that the Dolphins have been connected to Cooper as well. The Jets and Patriots are two other teams that have been popular rumored destinations in betting odds.

The 27-year-old has a base salary of $20 million in each of the final three years on his current deal. The Cowboys would save $16 million towards the salary cap if they move Cooper prior to June 1. If the team trades or releases him with a post-June 1 designation, it would create an additional $4 million in salary cap savings. The additional amount would not be available for the team’s use until June 1, however. His salary becomes fully guaranteed on March 20 so the team technically has four days after the new league year opens to make a decision.

Cooper, the former No. 4 overall selection in the 2015 NFL Draft, had been traded in 2018 by the Oakland Raiders in exchange for a first-round draft pick. Cooper fell short of his third consecutive season with 1,000 receiving yards in 2021 when he missed two games due to a fractured rib and a hamstring injury.

Amari Cooper is still just 27 years old, and a proven No. 1 wide receiver, which the #Browns desperately needed on the heels of the OBJ debacle. Andrew Berry makes his first big move this offseason!