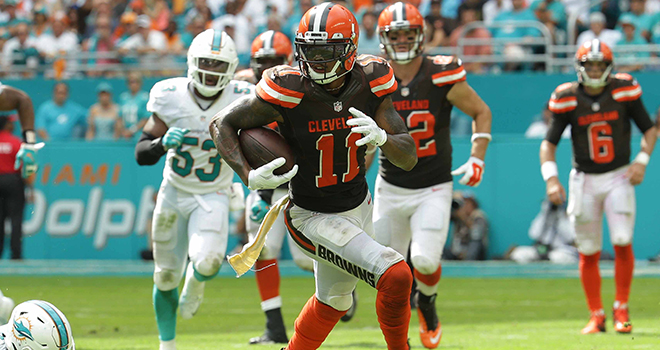 CLEVELAND, Ohio- The Cleveland Browns have officially said farewell to wide receiver Terrelle Pryor, as he has pledged allegiance to a new NFL team.

The Washington Redskins have locked up the standout route-runner for a one-year, eight million dollar deal as of Friday afternoon, per Adam Schefter.

WR Terrelle Pryor is signing a one-year deal with Washington , per sources.

Pryor had an excellent year last season, landing 77 receptions, 1007 receiving yards and 4 touchdowns. He will more than likely be the number one wideout in Washington, as Desean Jackson and Pierre Garcon have both departed in free agency.