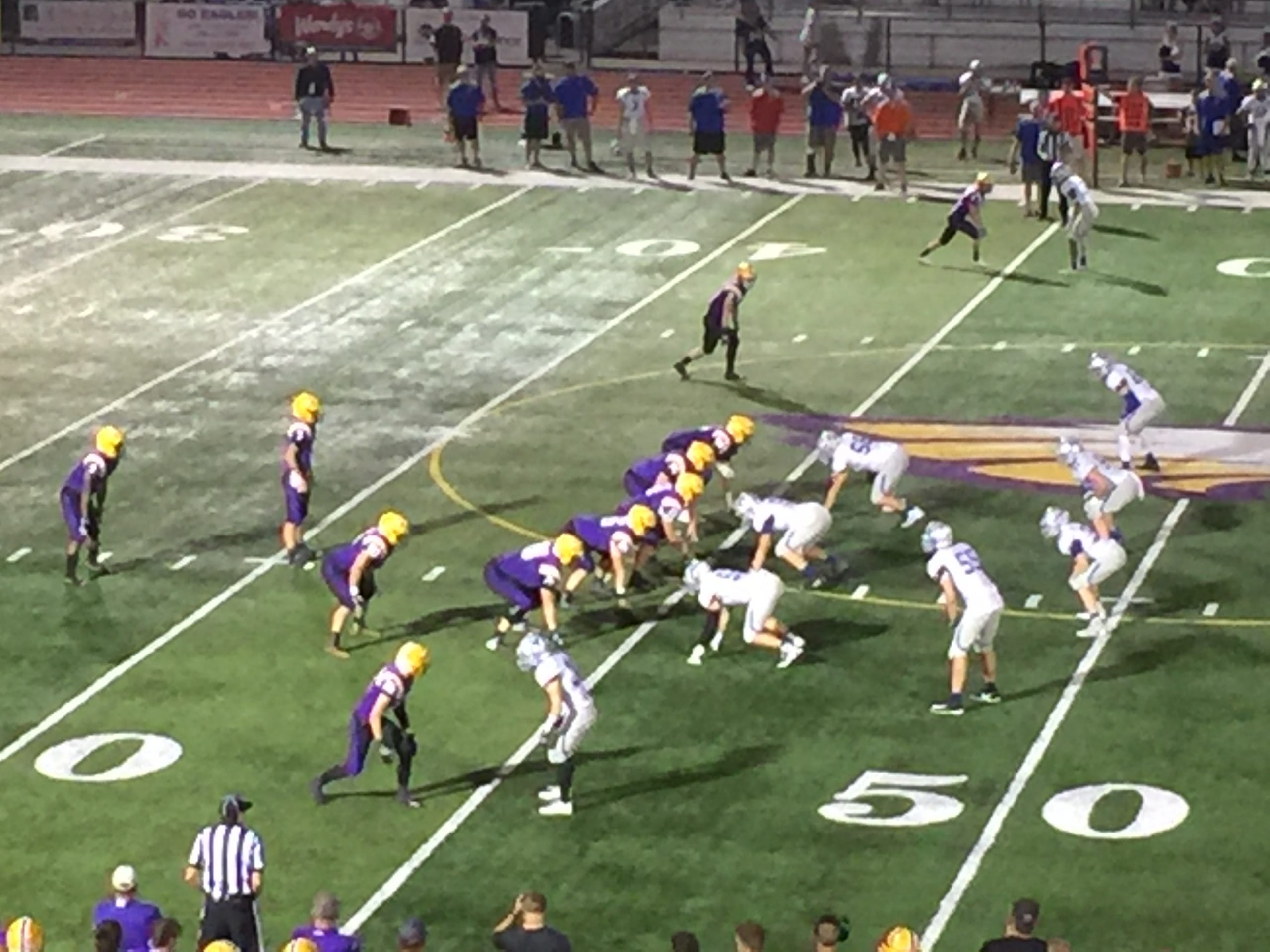 Avon got a huge win over the second best team in the SWC last night.  Avon beat the Midview Middies 42-21.  The Eagles have already beat some of the top teams in the conference.  It’s Avon’s title to lose at this point.

Midview lost to Avon yesterday.  They still are 4-1 at this point and look to be in solid shape to make the playoffs.  The Middies already have an impressive victory over Amherst and have essentially solidified themselves as the second best team in the SWC.

Amherst leaps three spots for their big victory against against Berea-Midpark 51-41 last night.  The Comets game planned perfectly for the Titans deadly passing attack by dropping 8 back in coverage on most plays.  Khennedy Scagliozzo had a monster night.  The Comets finally beat a good team and proved they belong near the top of the conference.

North Olmsted got a dominant win over Westlake last night 49-6.  The real reason that the Eagles moved up in the power rankings though is because of the poor performances from Olmsted Falls and Berea-Midpark.  The Eagles next two opponents are a combined 0-10.  The Eagles need to win these next two to have any shot at going to the playoffs.

It took the Bulldogs a goal line stand to beat North Ridgeville who is 3-12 over the last two seasons.  Olmsted Falls’ defense struggled giving up 35 points to the Rangers.  Olmsted Falls has a big game to get back on track against Amherst next week.

Berea-Midpark lost a crazy game to the Amherst Comets.  The Titans defense gave up 51 points and will need to be much better for the remainder of the season.

Avon Lake beat Lakewood last night 38-6.  The Shoremen looked solid, the run game was dominant.  They still have to play Midview and Amherst who are two of the best teams in the conference.  The Shoremen will likely miss the playoffs with a hard second half of the season schedule.

The Rangers played an impressive game against Olmsted Falls.  That does’t change the fact that they don’t have a win but it brings hope to the Rangers for the weeks to come.

The Rangers have now lost their 15th consecutive game, but there’s good news for Lakewood.  It appears that Westlake is far worse this season than Lakewood is.

Westlake gave up 49 points last night.  That surprisingly lowers their points given up per game.  Going into last week they were giving up 49.75 points per game.  Westlake has given up 496 points on the season.