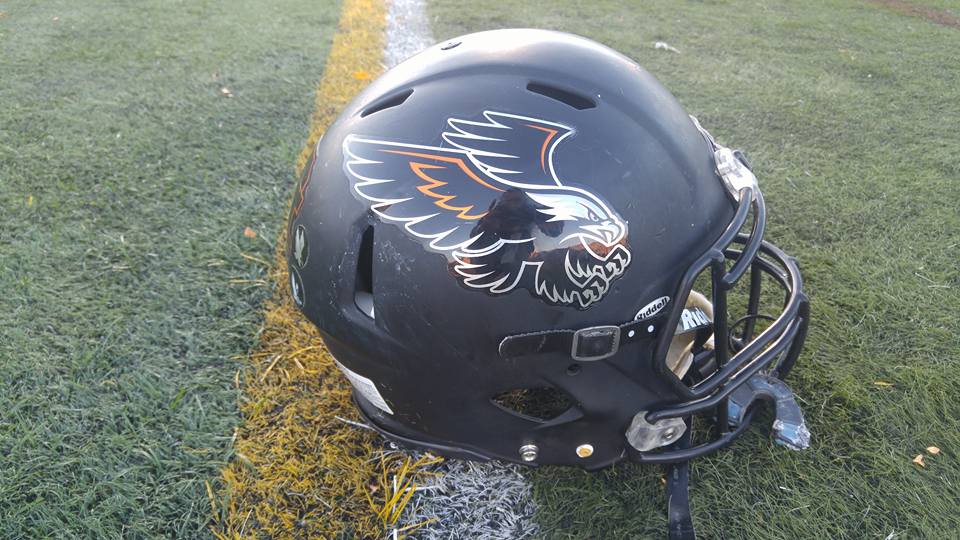 WESTLAKE, OHIO –  It was almost over before it even started on Friday night as the North Olmsted Eagles trounced the Westlake Demons 49 -7 from the opening kickoff on.

It was a game in which the Demons turned the ball over 7 total times and North Olmsted starting tailback Darren Anders found the end zone five times.

Westlake fumbled the opening kickoff to start the game and the Eagles pounced on it.  From there, one play later it was standout tailback Darren Anders doing his thing, rumbling in from 3 yards out to put the Eagles ahead 7-0 less then a minute into the contest.

The Eagles star tailback Anders, would bookend the quarter with touchdowns as he once again punched it in to with 4:50 remaining in the opening quarter.  This time from the two yard line.  The first quarter scoring wasn’t over with yet however, as it would still see plenty of action.

This time it was the Eagles defense getting in on the act with a beautiful 26 yard pick six by defensive back Nathan Eyerman with 3:26 left.  The Demons managed to score and cut the lead to 21-7 as the second quarter began.  The lone Demon touchdown came on a flea flicker from Jacob May to Kevin Wall.

The Eagles weren’t phased by the late Demon touchdown and went right back on the attack in the second quarter.  Sean Conroy scored on a 6 yard touchdown run that was set up by a Ryan Connolly 49 yard run.  A few minutes late, North Olmsted had the ball back and it allowed Darren Anders to cash in on his third touchdown of the first half, this time from 4 yards out.

Anders would save his best for last however as he started off the second half with a massive 56 yard touchdown jaunt to put the game away for good at 49-7.  All in all for Anders, over 100 yards on the ground and 5 touchdowns!

Leading Westlake was Kevin Wall, who would finish the game with 9 catches for 99 yards.  The Westlake quarterback combination of Billy Blood and Jacob May would finish 119 yards on 13 of 28 passing.  Joshiah Smith led the Demon defense with 7 tackles.

If you have a small business and would like to be the official sponsor of North Olmsted or Westlake sports moving forward, please contact Vince McKee at coachvin14@yahoo.com

Bay Village Has A Big Day At The Nets!
New Indians hype video will get you ready for the postseason, if you aren’t already