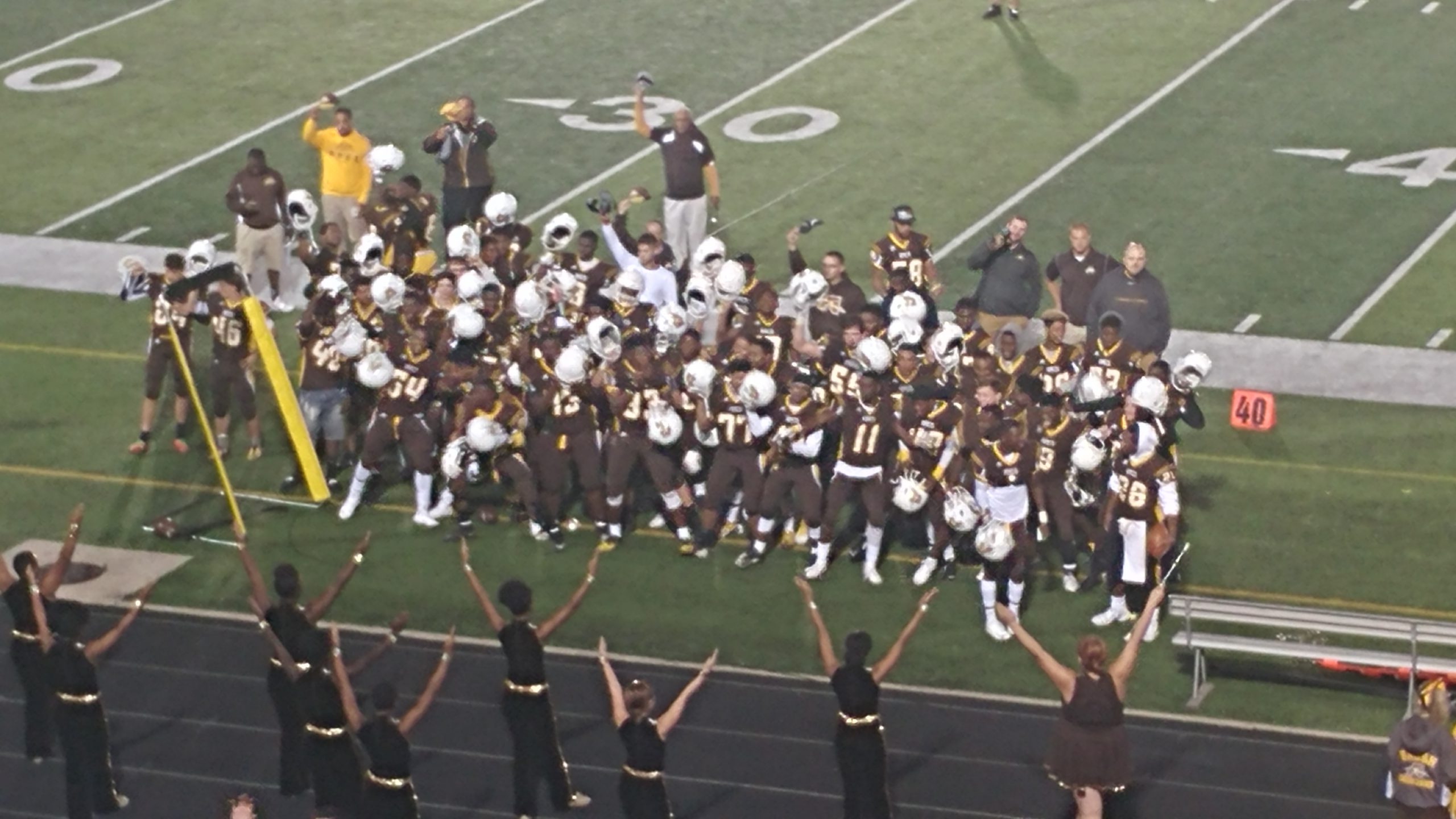 LYNDHURST, Ohio— After a back and-forth first quarter with both teams scoring touchdown after touchdown, the Arcs owned the second quarter and never looked back.

Quarterback Godwin Joe, Donovan Johnson and Zach Dixon created a three-man wrecking crew to lead their team to a 54-28 win over their conference rival Willoughby South to improve to 5-1.

“I was pleased with those three tonight.” Coach Jeff Fink said. “We started off fast and they started to find their rhythm later. But, they went out and made plays out there.”

The Arcs put their final touches on the game with 47 seconds to go in the fourth quarter when Donovan Johnson scored from three yards out.

“I felt like it was one of my best games,” Godwin said. “I could’ve made better decisions but I can definitely get better ahead and that’s what I’m worried about right now.”

Brush (5-1, 3-0) jumped out early when Quarterback Godwin Joe connected a 55-yard touchdown pass to Zach Dixon. South answered back, however, as Steve D’Eusanio found Rico Small in the end zone from 37 yards out. It became a 13-7 game when Wide Receiver Donovan Johnson caught a 10-yard touchdown.

South (1-5, 1-2) still had hope in them and wouldn’t go away easily. Steve D’Eusanio threw for his second touchdown when he completed a 22-yard pass to Danny Gallagher.

Unfortunately for the Rebels, costly turnovers would dictate how the game would go. Brush’s defense was sound all night and got better as the game went on, creating takeaways that would set up the Arcs offensively.

Dixon caught three passes and finished with 101 yards. Also, receiver Donovan Johnson was part of the help, finishing with 120 yards and two touchdowns.

“Every game we need to work hard, taking a step starting at practice every day.” Said Johnson.