Stow gets win in Wingfoot Classic over St. Vincent-St. Mary 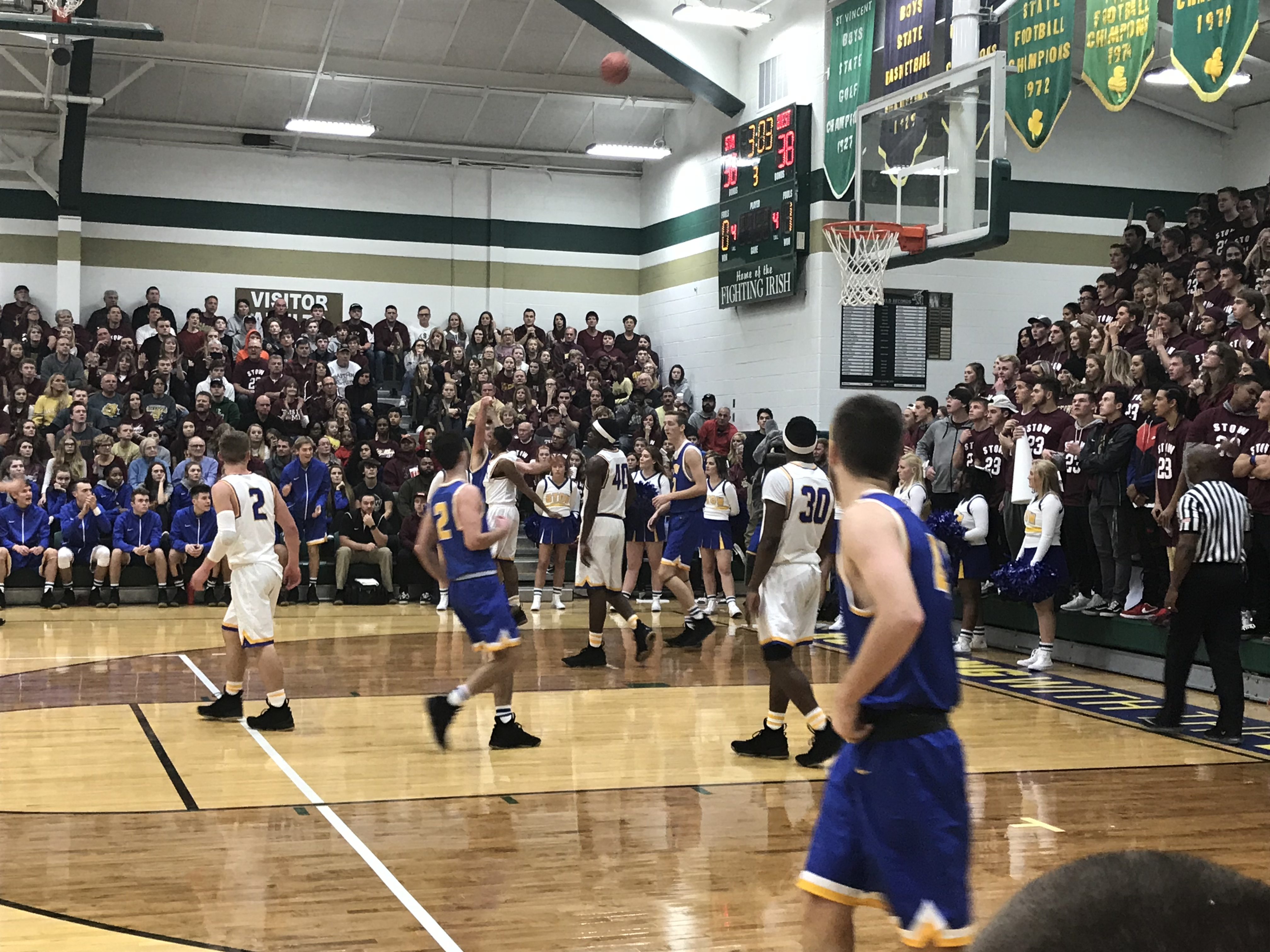 AKRON, OHIO– The Stow-Munroe Falls Bulldogs capped off a memorable week as they were triumphant against The St. Vincent- St Mary Fighting Irish Sunday night at LeBron James Arena, 64-54.

The arena was packed to capacity for the annual Wingfoot Classic and the atmosphere was electric coming off the 56-53 Lady Bulldog overtime victory against the Fighting Irish prior to the boys’ game.

The Bulldogs were lead by the “Twin Towers” 6-foot-8 senior forward Mason McMurray and 6-foot-9 junior center Evan Bainbridge. McMurray had 21 points and nine rebounds, as well as two huge plays with under two minutes left in the game.

With 1:30 left in the fourth McMurray grabbed a rebound and threw an outlet pass full court to senior guard Cory Rice for a layup to put the Bulldogs up, 58-54. The second play brought the house down as he threw an alley-oop pass to Bainbridge who slammed it home and ended the game. The play even got a shout out from The King himself on Twitter, who called for the play to be on SportsCenter’s Top 10:

???? YOU DIDN’T HAVE TO DO ‘EM LIKE THAT EB!! That’s not right. Smh. #GETMYMANON #SCTOP10 #WingfootsClassic #StriveForGreatness #Seriously @sportscenter ??? ???? https://t.co/qjpZwCFe7W

Bainbridge led the team in scoring with 25 points and three big blocks that shifted the momentum of the game.

The Fighting Irish fought vigorously, but couldn’t overcome the size and sharp shooting of Stow. Senior Scott Walter was the high man for SVSM with 15 points and some great defense. Junior Lunden McDay contributed 12 points and two impressive blocks.