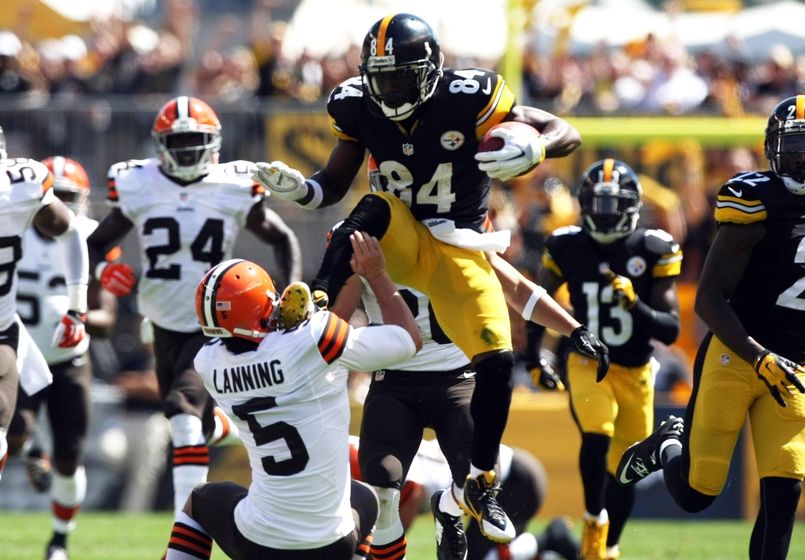 Steelers wide receiver Antonio Brown is all about the Browns on Sunday, as it’s a do or die for the Steelers to get to the playoffs, and it all has to do with the outcome of the Browns matchup in Baltimore.

The Browns win and the Steelers take care of their home game against the Bengals, the Steelers win the North and get into the playoffs.

The Ravens beat the Browns in Baltimore, they win the North and the Steelers season is over.

With that, Brown took to social media on Wednesday to show off his jerseys, with a little love for the Browns mixed in.

Brown posted a picture on Twitter that has the letter “s” added to his last name of the back of Steelers jerseys, making it say ‘Browns.’

who else has their #84 @browns jersey ready for Sunday? pic.twitter.com/09WIfhCKPM

The Browns and Ravens are set for kickoff at 4:25pm, same time the Steelers will kickoff against the Bengals at Heinz Field.