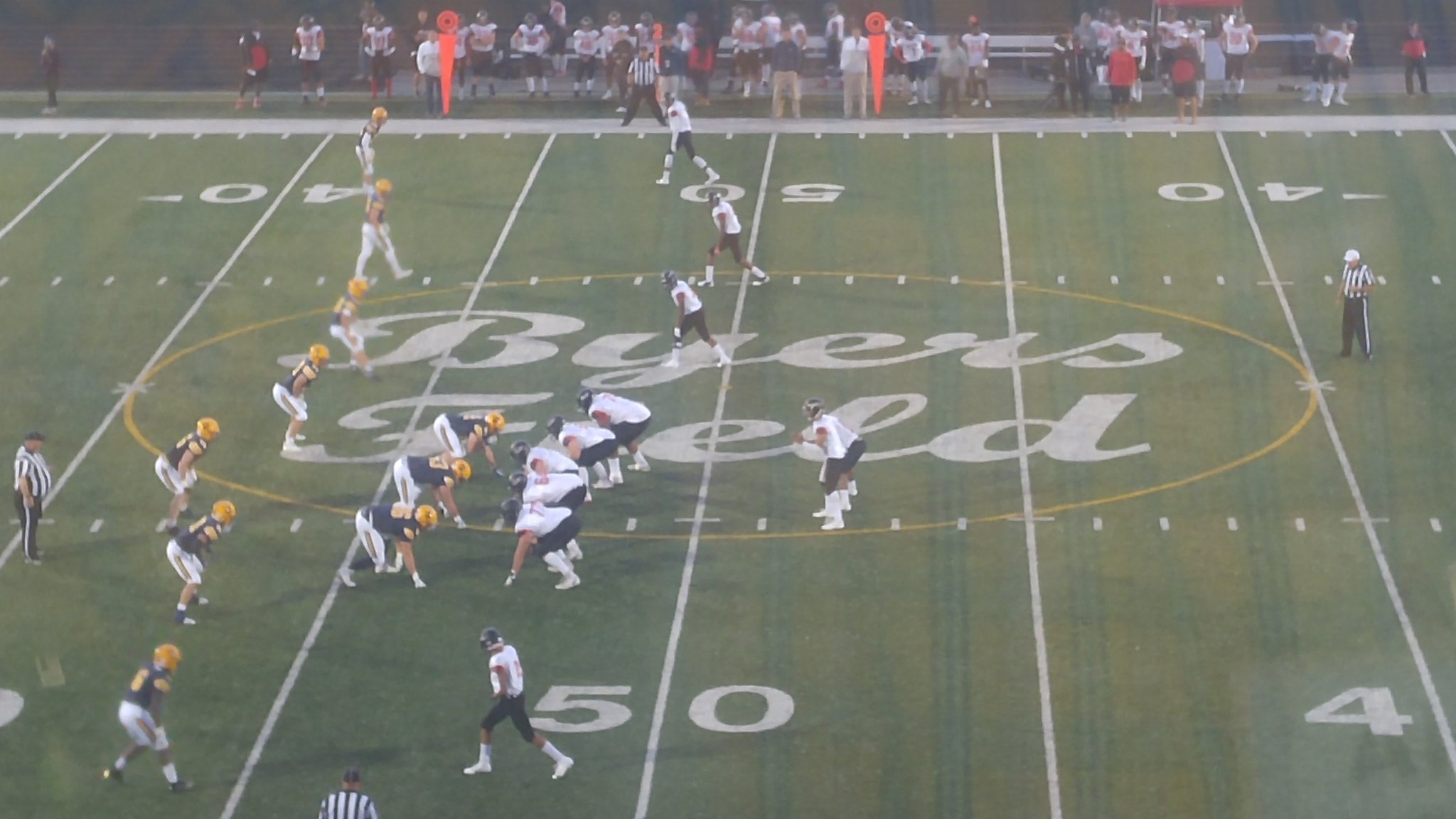 PARMA, OHIO – St. Ignatius dominated from start to finish tonight in a convincing 45-13 victory of Clarkson Football North from Canada.  The game was at Byers field and saw plenty of action to keep the fans warm on a crisp cold evening.

Stepping up big once again at quarterback was Patrick Delahunty who finished the night with 185 yards on 11 of 21 passing.  He tossed two touchdown passes, one to Jack Kennedy for 54 yards, and one to Jake Lang for a yard.  An impressive night for the quarterback who seems to be improving each and every week.

Delahunty had plenty of help in the backfield tonight as the duel combination of Jahadge Floyd and Jack Welcsh both had great nights.  Floyd went for 70 yards on 9 carries, scoring a touchdown while Welcsh finished with 106 yards on 17 carries, also scoring twice.

Clarkson came in boasting a vaunted 3 headed monster at running back, but the Wildcats shut that down.  Chey Charles finished with minus two yards.  Omarion Martin only had 6 yards.  Brendon Barrow finished with 73 yards, but had 52 of them on one play.

The Wildcats scored on their second drive of the game, starting on a short field after a botched punt by Clarkson.  The 8-play drive saw every snap go to Welcsh who barreled ahead for all 55 yards, including the 3-yard touchdown rumble.  It would go on to be the only score of the first quarter.

The quiet one score first quarter, would give way to a wild second quarter that saw 22 Wildcat points on 5 different scoring plays.  They struck on the first play of the quarter as Delahunty hit a streaking Kennedy in stride for a 54-yard touchdown bolt.

Clarkson would then bungle their kickoff and have to start the drive in the shadow of their own endzone.  One play later it was Wildcat linebacker Connor Francz sacking Clarkson quarterback Quincey Vaughn in the endzone for a safety.  A few moments after that, Rory McConville nailed a 39-yard field goal, and just like that it was 19-0.  The Wildcats would tack on another touchdown then field goal to take a 29-0 lead into the half.  The second field goal by McConville was 35 yards.

Clarkson attempted to begin a small rally to start the second half as Barrow took the first carry of the third quarter to the house to get his team on the board at 29-7.  The rally wouldn’t last long however as the Wildcats got yet another safety and then scored a touchdown to push the lead to 38-7 and start the running clock.  Each team would score again before it was over as the Wildcats took home the 45-13 victory.

Player of the game Jack Welcsh with 106 yards and 2 rushing touchdowns.