Are the Slumping Steelers the Best Chance for a Win in 2016 For the Browns? 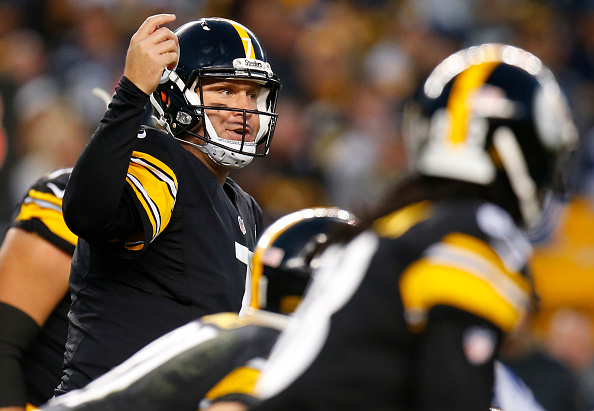 Sunday the Browns will welcome to First Energy Stadium a team that a lot of publications picked to represent the AFC in the Super Bowl, but currently sit on the outside looking in at a chance to even play in the postseason.

That team of course is the Pittsburgh Steelers, who less than a month ago were sitting at 4-1 and looking like one of the teams to beat in the AFC.

Five weeks later they’ve lost four in a row, and sit at 4-5, a team in disarray after their defense couldn’t stop the Dallas Cowboys in the final 42 seconds in a deflating 35-30 loss at home Sunday.

Now they take on a Browns team that will have a lot of rest having played on Thursday, and could look at this game with their biggest rivals as their best shot at a victory in 2016.

Sure the Steelers will look at the game Sunday against the Browns as a great chance to get their season back on track, but the Browns can also look at it as a chance to give their rivals a loss that could completely deflate their season as they would fall to 4-6.

Breaking News from our friends at BetPhoenix.

Who is the favorite to win Super Bowl 51? New England? Seattle? Who is the smart pick? Dallas or Oakland? Is there a longshot team that could upset the chalk for the Lombardi Trophy? Maybe the New York Giants or Browns are the underdog pick? Read more…

The Browns have done a good job at home in setting the tempo, scoring the first 20 points in their home opener against the Ravens before suffering a loss, they hung early with the Pats before Tom Brady got their offense in motion, and had the Jets on the ropes with a lead in their game back on October 30th.

Yes the second half has been a totally different story, as teams make their adjustments and this season have walloped the Browns in the second half, but if they can build a lead against the Steelers, they just might be able to have them on the ropes in Sunday’s affair.

The Steelers have made a ton of mistakes in their four-game losing streak, and Sunday they were unable to stop the run against the Cowboys, which just might be able to play into the Browns hands in this AFC showdown.

Make no mistake, this Steelers team can be had. They play down to teams on the road (crushed in Philly, beat bad in Miami, and were down 21-0 to the Ravens before rallying to still lose 21-14), and that could give the Browns a big edge Sunday.

No doubt beating the Steelers with the talent they have on offense won’t be easy, but harassing Ben Roethlisberger and finding a way to hold running back Le’Veon Bell in check will be two huge keys to getting a win on Sunday.

It could be the perfect storm – one that finally could get the Browns in the win column Sunday against their most hated foe.