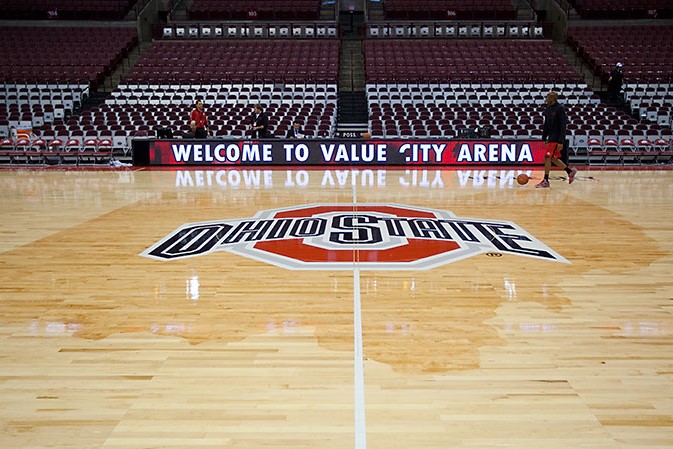 When Chris Holtmann announced he would leave Butler for Ohio State, one of the first questions to arise became that of 4-Star recruit Kyle Young’s commitment to Butler.

Young is the No. 2 ranked Ohio prospect in the class of 2017, according to 247 Sports’ composite rankings.

Young, a 6-foot-7 forward, who led Massillon Jackson to the 2017 State Championship is reportedly “seriously considering” flipping his commitment to Ohio State, according to multiple outlets.

More signs continue to add up to the possibility of Young joining the Buckeyes.

According to a report from Steve Helwagen of 247 Sports, Young’s decision would be strongly linked to the future of Butler assistant coach Ryan Pedon, who recruited him.

“If Pedon stays at Butler, it’s possible he could still go there.”
-source quoted in Helwagen’s report

As Helwagen also noted in his report, the Massillon Jackson alum is essentially a “free-agent” because Holtmann left Butler before Young enrolled in classes.

Add this wrinkle into the mix, following the announcement of LaVall Jordan as new head coach at Butler:

Terry Johnson & Ryan Pedon are expected to join Chris Holtmann's staff at OSU as long as BU finalizes deal with LaVall Jordan, per a source.

Ryan Pedon, a Columbus native and Chris Holtmann assistant at Butler, has done some updates to his Twitter account @ryanpedon pic.twitter.com/FtQ5M01hsz

Another interesting report came out from Cleveland.com’s Bill Landis earlier this week, in which he received positive feedback from two of the state’s most talented and sought-after prospects, class of 2018 Dwayne Cohill of Holy Name High School and class of 2019 Jeremiah Francis of Pickerington Central High School.

Both players gave sparkling reviews regarding Ohio State’s new head coach. Cohill has been recruited by Butler among others and he also appears more likely to choose the Buckeyes now than he would have been a few weeks ago.

Holtmann said in his introductory press conference he wanted to “close the borders” on recruiting Ohio and the signs are all pointing to the possibility that he will do exactly that.

His first “big get” could be Young, a player who could make a big difference in jumpstarting the new era of Buckeye basketball and could set the tone for better recruiting in general for the years to come in Columbus.