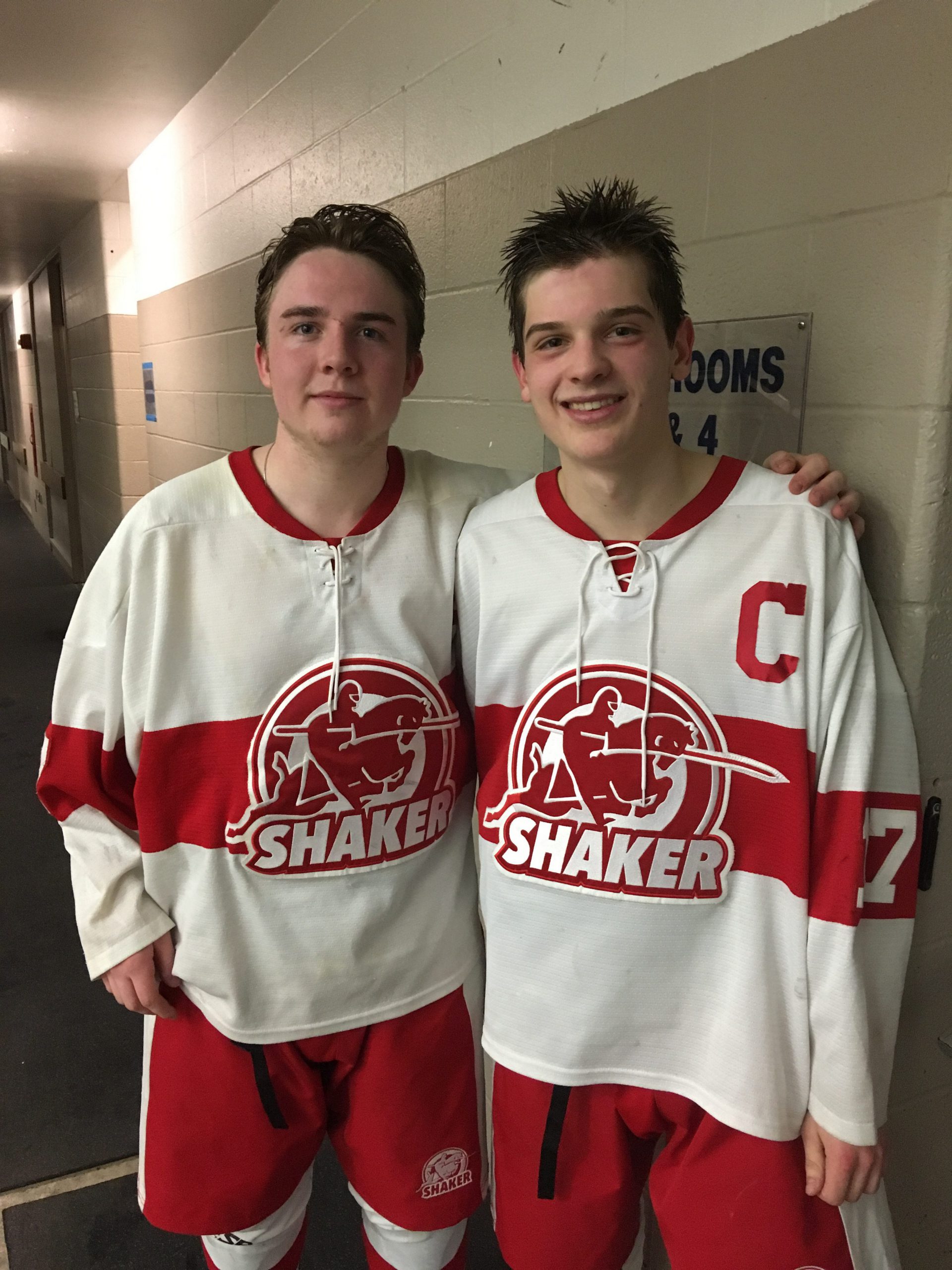 Lake Catholic jumped ahead early in the first period with a goal from senior Jacob Parker. Late in the second period, Shaker Heights took advantage of a power play, and O’ Toole converted the equalizer with 1:23 remaining in the period to even the score.

O’ Toole converted his second goal early in the third period to give the Red Raiders the lead, and they would increase their lead to 3-1 when Mark Sauerland added a goal of his own.

The Cougars would respond with a goal of their own from Amaedeo Cantini to cut their deficit to 3-2.

Lake Catholic would go on the power play late in the contest in an attempt to convert a game-tying goal of their own to send the contest to overtime.

However, Evan Richards would add the game-clinching goal with 1:12 remaining to send Shaker Heights to the Kent District semifinal.

“It feels real good. I was able to get a breakaway and seal the deal. I’m just happy to get to play again.” said Richards.

“It was rewarding for us to get the win and move on.” said Shaker Heights head coach Matt Bartley. “Lake Catholic came to play today. We just kept fighting back and did what we needed to do to stay on top.”

Bartley also commented on the momentum-changing goal by Keenan O’ Toole late in the second period.

“Keenan (O’ Toole) did a great job using the screen in front and found the corner to shoot at. Getting a goal like that late in the period keeps your momentum going into the (third) period. It was a timely goal for us.” he added.

“On the first goal, I just took the shot and it ended up going in. On the second one, I knew we had a good 2-on-1 chance and I put it away.” said O’ Toole.

The Red Raiders move on to face rival University School on Saturday evening. The Preppers advanced by defeating Kenston 1-o in their quarterfinal.