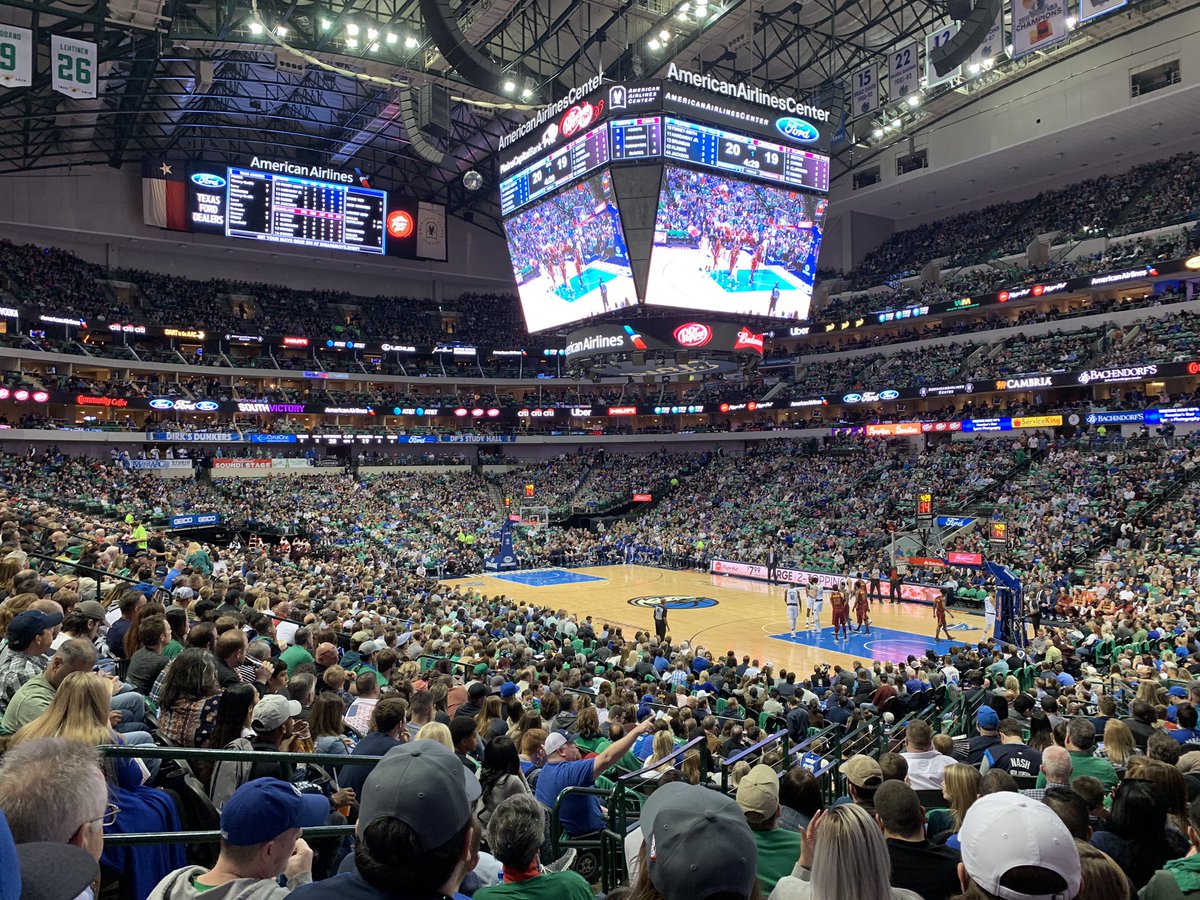 Saturday night again the Cavs put up a good fight, but in the end it wasn’t enough, as they fell to the Dallas Mavericks at the American Airlines Center by a final of 121-116.

The loss is the fifth for the Cavs in their last six games, and they fall to 17-53 on the year, and are awful on the road, as their mark away from the Q drops to 6-29.

The team will try and put the last two road affairs, which resulted in losses to the Magic in Orlando on Thursday and now the loss to the Mavs behind them, and will look to get back at it on Monday night against the Pistons at home.

Here’s a couple quick takeaways from the latest Cavs loss down in the heart of Texas to the Mavs.

The Cavs were hopeful after shootaround earlier on Saturday that they would have the services of both Tristian Thompson and Larry Nance Jr., but instead both again did not play in the five-point loss to Dallas.

Both, or even one, would have been helpful, as Thompson could have helped underneath size wise, but instead missed his 25th straight game due to soreness in his foot.

Nance Jr. was hurt last Friday in a loss to the Heat, suffering a chest contusion, and again had to sit and watch.

The Cavs were outrebounded 40-34 in the loss by Dallas, and there’s no doubt that either or both Thompson or Nance Jr. would have helped that cause.

Hopefully being at home Monday will help both to be able to return to the court.

The first quarter again was a big issue in this latest loss for the Cavs, as they were down by 34-26 at the end of one, and were down by as many as 21 in the fist half before making it a game.

As per usual, getting down early did nothing to help this team, as by the time they went on a run at the end of the first half, they were fighting from being down big, and just could not overcome.

The Cavs actually started the third quarter on a nice run, and cut the Mavs lead to just four, but that is as close as they would get until the last seconds of the five-point loss.

Something at the start of games isn’t clicking for this team, and they have to come out of the gate quicker and avoid looking up at the scoreboard in the second quarter and being down by double digits.

Collin Sexton again was one of the key players for the Cavs in the loss, and he set a mark for himself that not even Cavs legend LeBron James reached.

Sexton scored over 20 points for the fifth straight game, as he popped in 28 points in the loss, something James didn’t do when he was a youngster in his rookie season.

It’s been fun to see Sexton continue to mature over the last two months, and with just about three weeks left in the season it will be interesting to see how long he can keep this streak up.

Cavs Could Get Back Both Thompson and Nance Jr. Tonight Against Mavericks
Podcast: CLE Sports Talk with Casey Drottar – 3.18.19