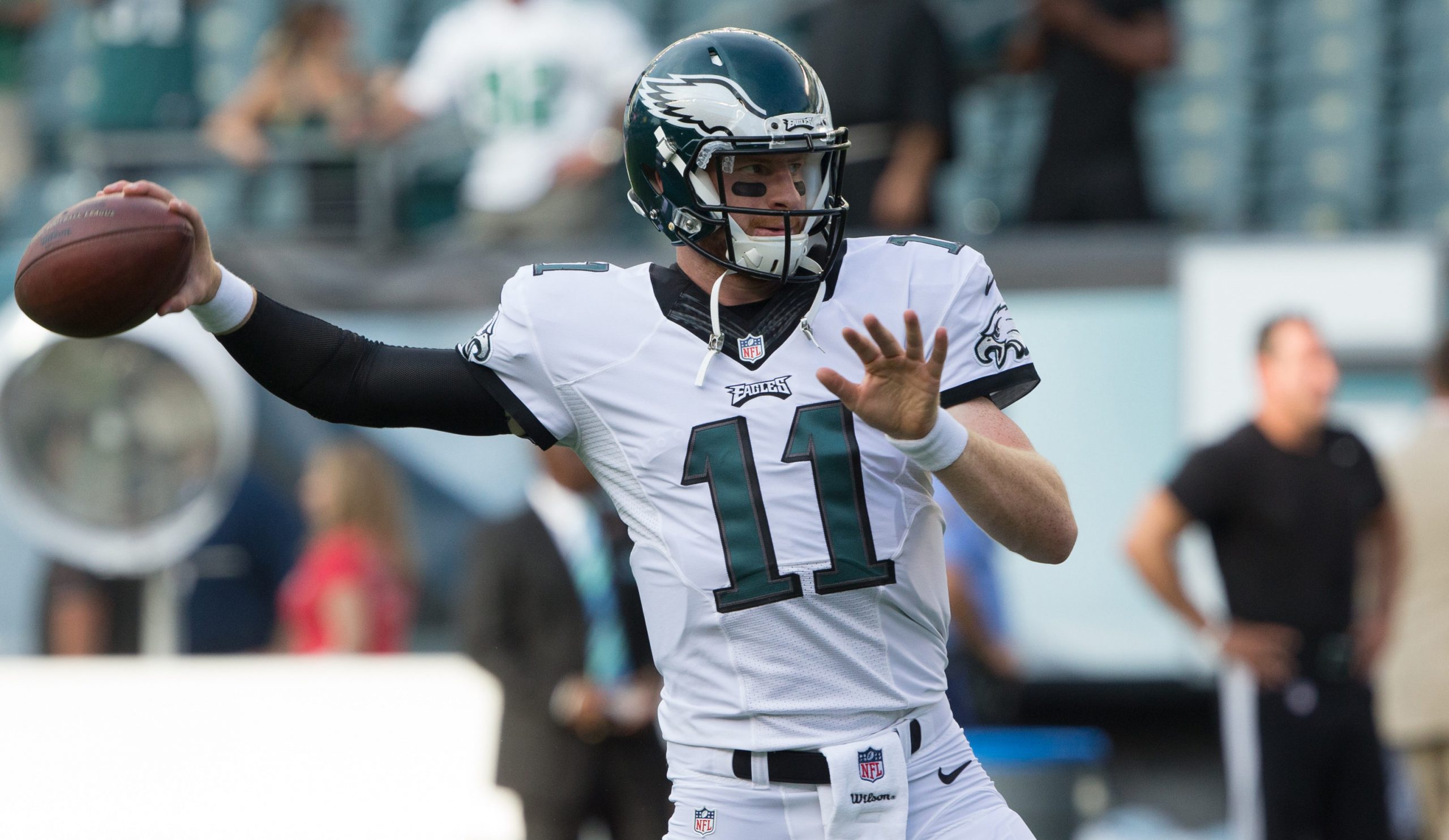 When you face a quarterback (Carson Wentz) that you had an opportunity to draft, and he lights up your team in week one, the rumors begin about what IF the Cleveland Browns drafted him.

Jason La Canfora, a writer on CBS Sports, put out an article this morning talking about several Browns scouts who were released just before the draft. These scouts preferred and truly liked Carson Wentz over Jared Goff.

In the end the Browns organization decided to trade their pick to the Philadelphia Eagles, who drafted Wentz with the second overall pick. In his first NFL game against the Browns, he put on a show going 22/37 for 278 yards and two touchdowns; a 101.0 passer rating. This organization now has a quarterback problem after starter Robert Griffin III was placed on the injured reserve after going down with a shoulder injury. He is expected to miss roughly 10 weeks.

In Jason La Canfora’s article he described the situation that unfolded and just why these scouts were released prior to the 2016 NFL draft.

According to numerous sources with knowledge of the situation, several of the more seasoned scouts and evaluators the Browns parted with prior to the draft — an unusual time to release such employees — actually preferred Wentz to quarterback Jared Goff and believed him to be the greater pro prospect. It was clear to many in the organization dating back to December, when the Browns held intense draft meetings, that the newly-empowered analytics department, soon to be spearheaded by DePodesta, strongly preferred Goff. And new coach Hue Jackson and his offensive coordinator, Pep Hamilton, were not high on Wentz but prized Goff, sources said, and made that clear to the rest of the organization.

The Browns opted to release six members of the organization — many of them experienced, old-school scouts — just three weeks before the draft.

Can you imagine if the Browns drafted Carson Wentz and he put on an absolute show against the Eagles? That would have been truly exciting to watch. Instead, this struggling organization had to witness another quarterback failure after Griffin III injured himself.

The many years of suffering is not coming to an end anytime soon. As the 2017 NFL draft is a long way off, the Browns could be looking at several college prospects to help fulfill the one spot that they have been looking to secure for years: quarterback. Notre Dame’s junior quarterback DeShone Kizer has been a name floating around along with Clemson’s Deshaun Watson.

All I know is that Cleveland deserves a winning football team and that starts with the quarterback position. Once they finally get their franchise quarterback everything will fix itself in due time.