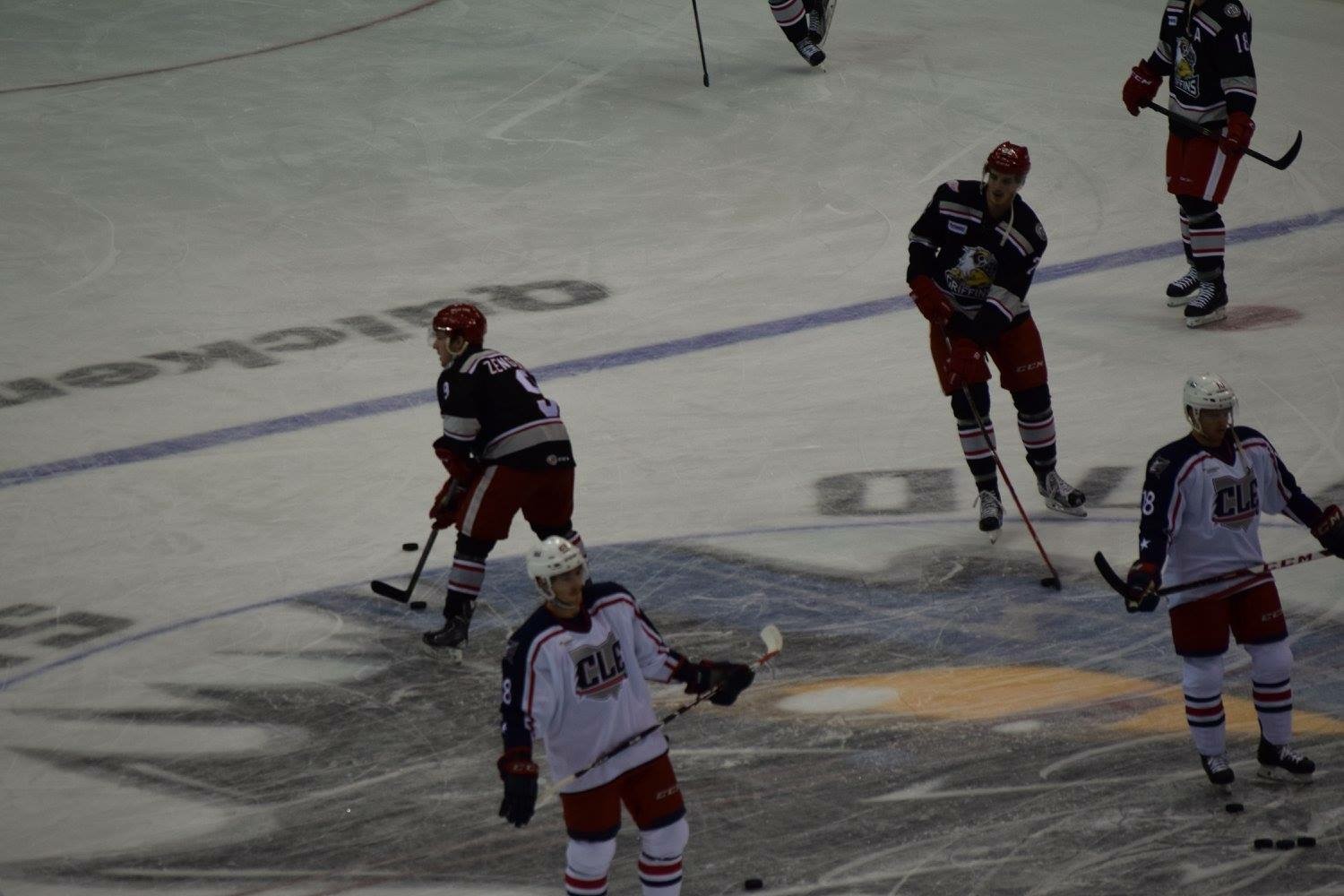 CLEVELAND – The Lake Erie Monsters returned to Cleveland following a four-game road trip and defeated the Grand Rapids Griffins 3-2 in a shootout match that went down to the wire.

During the four-game road trip the Monsters came away with one win, two losses, and an overtime shootout victory.

After 18 scoreless minutes, Dillon Heatherington scored his first goal of the season to put Lake Erie ahead 1-0.

Early in the second period, Alex Broadhurst scored his second goal of the season to make it 2-0, but the Griffins would answer back three minutes later, courtesy of a Nick Jensen goal, to make it 2-1.

Griffins left wing Anthony Mantha scored his second goal of the season with 16:31 remaining in the third period to tie the match at two.

Thanks to a Griffins delay of game with 2:44 to play in regulation, the Monsters went on a power play, but could not capitalize and the match would head to overtime tied at two.

Lake Erie went 0 for 2 on power play opportunities and headed to overtime for the fourth time of the season in just twelve matches.

After a scoreless three on three overtime, the Monsters and Griffins headed into a best of three shootout.

The first two attempts for both teams came up empty, but Kerby Rychel scored the game winner to give the Monsters a 3-2 victory.

The Monsters and Griffins will play a rematch Saturday night at the Q at 7 pm.