Has Rookie QB DeShone Kizer Earned the Right to Start the Preseason Opener for the Browns? 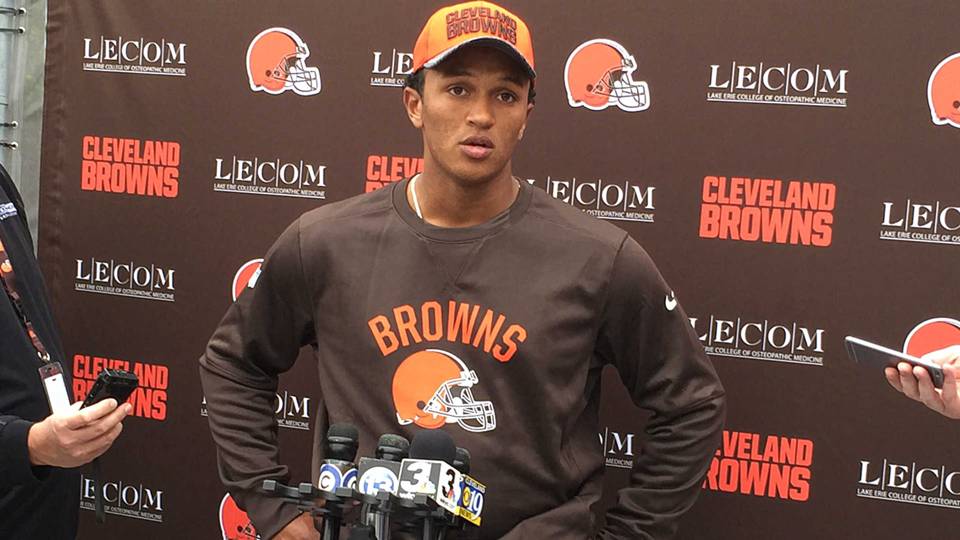 Since 1999 it seems like a rite of passage during training camp for the Browns to be searching for a starting quarterback.

This year is no different, with the competition between three very different players – Cody Kessler, Brock Osweiler, and rookie draft pick DeShone Kizer.

Many assume that due to his experience from a year ago as a rookie that Kessler would be the choice to get the first crack at being a starter, but indications are coming in that seem to be minds are changing in Berea.

That is as of now, rookie draft pick Kizer is quickly moving up the ladder, and Mary Kay Cabot of Cleveland.com writes that it looks like the former Notre Dame QB could be the man come the preseason opener in a week.

DeShone Kizer has won the first week of training camp, and has moved closer to being named the starter for the preseason opener.

On Thursday, he dazzled the training camp crowd with a 28-yard third-down pass to James Wright down the left sideline in his two-minute drill, and took another big step toward getting the nod next Thursday against the Saints.

The perfectly placed ball, with Najee Murray in tight coverage, moved the offense to the 15, and set up a would-be field goal.

Both Kessler and Osweiler were not quite as impressive, as they both threw interceptions in the two-minute drill on Thursday, something that could not sit well with coach Hue Jackson, who says that Kizer has been playing well in his short time in camp.

“Those are the plays that quarterbacks have to make, and he made it,” Jackson said of Kizer.

How important would it be for the Browns to finally have their man at quarterback? It’s really something they have been looking for since their return to the NFL, and having someone like Kizer entrenched as the starter would be a huge step in the right direction.

Browns Prepare For Orange Versus Brown Game, Look Sharp
Should the Browns trade Osweiler if an offer comes along?